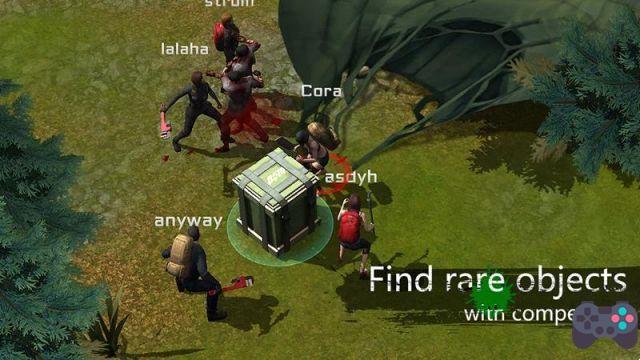 The Outlived is a zombie survival game that is heavily inspired by Last Day on Earth. In fact, the game copies, even in the face, several elements of the successful title of Kefir. However, it has a difference. Online multiplayer mode.

Amazingly, a lot of people don't know this, but Last Day on Earth doesn't need to be online, as all opponents are controlled by the game itself. Kefir has already promised an online multiplayer mode, but so far, it hasn't gotten off the ground.

In The Outlived, the player actually meets other players. Players are at loot time, that is, when hunting, within the game's maps.

Interaction between players, in addition to chatting, takes place in the form of clans. You will assemble your team with your friends and together you can attack other players. Many modes are still under development.

However, the options open up as you progress in the game. See what you can do in terms of multiplayer.

The Outlived was created by a Chinese developer. Let's see if the game has a future or herogame will receive a little visit from Kefir's lawyers.

The Revenge of Shinobi: Free SEGA Game for Android and iOS ❯