The Outland – Zombies Survival is a new zombie survival game that recently released a pre-alpha on Google Play. The game is being developed by Forbidden Flame Studios, and is the company's first game released on the Google store. 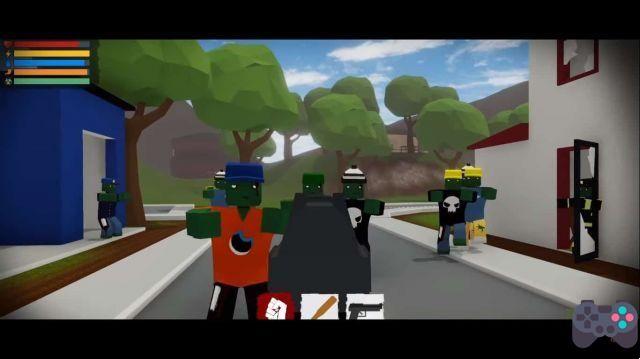 Even remembering a lot of games like Roblox or Minecraft, the developers have already made it clear that The Outland - Zombies Survival is inspired by Unturned and Dead Island, both PC games.

The Outland – Zombies Survival is a survival, sandbox and FPS game where players explore and survive in an apocalyptic world. Unlike other sandbox games, here we have several things to worry about, such as energy, hunger, thirst, health and radioactivity, and such indicators are already present in pre-alpha.

the devs also promise vehicles and weapons such as rifles, pistols, submachine guns, etc., according to a trailer for the game, check it out below:

The pre-alpha already has graphic options (low, medium and high), avatar customization, some tools to start a world and some features to be tested. It was to be expected that the game has a lot of bugs, crashes and a low quality of graphics and scenarios, after all it is still under test.

Another thing that was to be expected is that the game has a day and night cycle, which is almost the rule in every survival game. The menu's soundtrack is quite high-quality, and contains an “Easter Egg” if you let it play for a few minutes.

On the game page on Google Play we can get an idea of ​​requirements and other relevant information. To test the beta, a device with Android 4.4 or higher is required, in addition to 75MB available on the device. The game has been downloaded over 10 times and is at version 0.253a.

But for now, that's all. There are still no details on anything else related to The Outland – Zombies Survival, be it a feature, gameplay or release date.