The NFT Games That Lost the Most in 2022

In the world of NFT games e Play-to-Earn, there is no shortage of stories of people wholost thousands of reais (and even millions of dollars). With that in mind, we decided to gather the games that hurt the most only in the first three months of 2022.

Check out the NFT games that did the most damage and made a lot of people lose a lot of money. 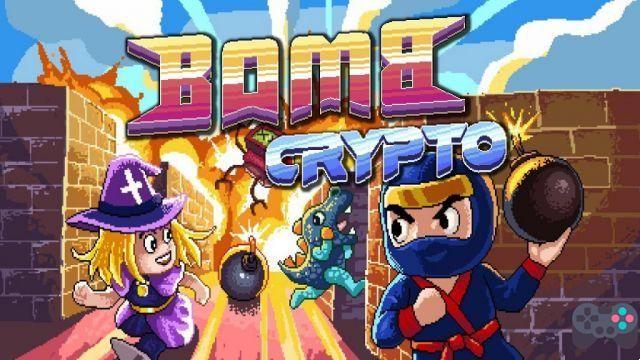 The prediction that 2022 was going to be a dark year for NFT games started with CryptoMines. The “game” consisted of creating fleets of ships and putting them to mine.

The quotes in “game” are no accident. CryptoMines, as you will see throughout this article, was not a real game, but a site with small animations in which the “gameplay” was a mix of clicker and AFK.

CryptoMines cryptocurrency dropped from $801 to just $4.

CryptoCity – The Metaverse in Smash Form

There is an expression among NFT players when all assets are yielding profits: “É lua”, “Vai pra Lua”.

And there was no more iconic coup than that of CryptoCity, a metaverse that encompassed the games CryptoCar, CryptoPlanes, and CryptoGuards.

Amid the promises of beautiful graphics and addictive gameplay, CryptoCity as well as CryptoMines was a site where players “docked” their “carts, planes and guards”.

A lot of people started making money on CryptoCity, and that's how this type of scam works, it first needs to build a base for it to call new players who will join the game thanks to the “easy profit” stories.

This scam is iconic as it happened during the Chinese New Year. Also known as the “Lunar New Year”.

Claiming they were going to take a vacation, the developers disappeared for about a week. After the Lunar New Year period… nothing. It was later discovered that the devs were doing a “slow rugpoll”. In this type of scam, the devs withdraw money from wallets that they said were “locked” and thus sabotage the game itself. 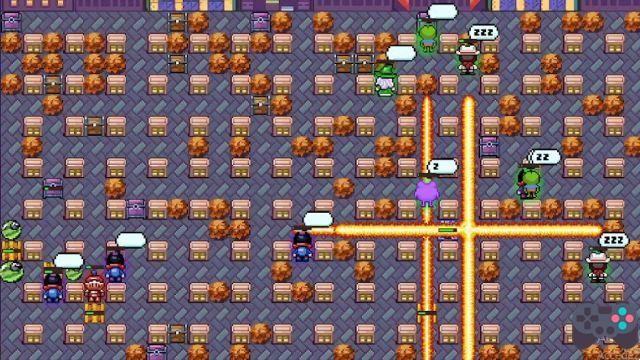 Acclaimed by the Spanish, Bomb Crypto is one of the most popular NFT and Play to Earn games in our country, but it suffers from a terrible evil: the multi-account. The multi-account is nothing more than a user who creates multiple accounts in order to profit more and more in the game.

Bomb Crypto's maker not only turns a blind eye to multi-accounting, it literally encourages the practice.

The result could not be different, a gigantic creation of characters who will mine coins in the game.


As in any economy, when there is a lot of money left over, the currency is worthless. That's what happened with Bomb Crypto.

At the highest rate, BCOIN was worth about $8 dollars. The game’s cryptocurrency is now worth just $0,4. Not even the launch of the Token on Exchange Binance managed to “raise” the coin.

Bomb Crypto still exists, but those who entered the first few months of 2022 will not be able to recoup the money they invested so soon.

Those who expected the game to become a “job”, can take the “rain horse”.

Nowadays, those who invested around BRL 2 or BRL 5 in Bomb Crypto cannot even buy a coxinha a day.

But nothing beats Pixelmon.

NFT games often ride the wave of hype. Each game promises exaggerated gains and alternate worlds in breathtaking parallel realities in their own way.

But everything is promise. In the real world things are quite different.

For real, only the makeup sites and NFTs for sale on OpenSea with the idea that: “one day that NFT game will be part of a great metaverse and it will be worth millions”.


And how to deceive a new generation? That generation Z? with Pokemon of course!

That's probably what some developers thought about when creating the Pixelmon game.

First, they announced the game's NFTs. Pixelmons would be for sale to anyone who wanted to buy. After the presentation of a single trailer, clearly pre-rendered, the "game" was shown that would be "amazing" (I didn't see anything too much), with survival, different pixelmons, evolutions and etc.

The montage below exemplifies the size of the blow well:

From a gigantic open world, full of possibilities, the devs only delivered a 10 by 10 meter square with a buggy character.

Pixelmon never got off the ground. Some people even spent US$9 on a character.) These people will never get that money back.

The late design artist of Pixelmon's metaverse lied so well that he whitelisted it so people would buy NFTs without even seeing them. The result is that people didn't see something strange until after they had bought the NFTs.

The game developer still responds to discord and Twitter messages and states that it was also the artist who was in charge of making the NFT arts and characters for the game.

The world of NFT games may seem wonderful, but it is surrounded by scams, lies and half-truths.

Here's a warning for anyone who is thinking about entering the world of these games: When you see a “project” for a game that hasn't even gotten off the ground yet. You can be sure that this game will hardly be released. Trust only companies that already have a reputation and are already known.

The Best Battle Royales for Android and iOS 2021 ❯