The Mighty Quest for Epic Loot – Vale a Pena Baixar? 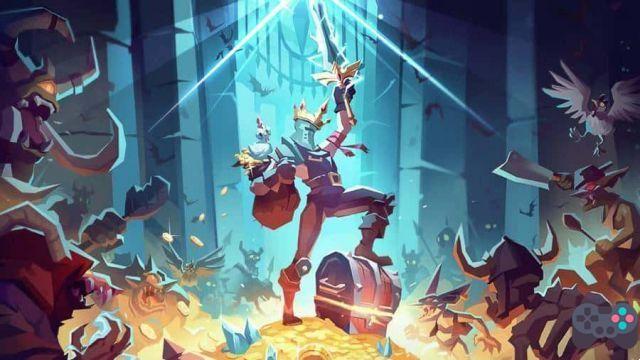 The Mighty Quest for Epic Loot is the reimagining of the PC game of the same name. The game did not have a good life in its first version, and ended up being canceled a year later. It's time for a second attempt, this time on cell phones.

– The great hunt for epic items

The PC version was divided into two main gameplays. In the first, the player entered other players' dungeons and tried to steal as much as possible. Afterwards, you had to create your own “dungeon” defenses.

The game operated in these two ways in a harmonious way. Functioning as an online game focused on PvP, but without the “direct” PVP, face to face.

The mobile version is simpler and only focuses on breaking into dungeons, fighting bosses and customizing your hero.

It became a much more basic game, with the face of a mobile game.

TMQEL looks like a cartoon version of itself. The mobile version couldn't be more mobile. The game is played exclusively vertically (portrait mode).

The Mighty Quest for Epic Loot (TMQEL) arrives at an opportune time. The vast majority of mobile RPGs are boring games with almost everything on “automatic”.

TMQEL goes against the grain. It's a game with a simple look, it's true, but the gameplay doesn't disappoint. Focused on action and with many levels to explore. Too bad the dungeon building part was left out.

The Origin Mission: “Ex-CS:GO Mobile” is in beta testing in Thailand (playable via VPN) ❯

add a comment of The Mighty Quest for Epic Loot – Vale a Pena Baixar?