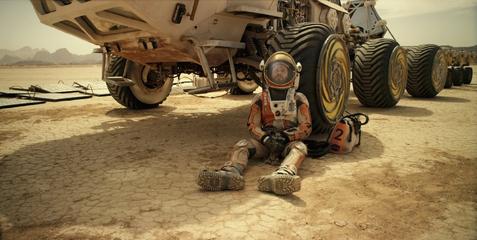 There are bad games and there are really bad movie games. In this second category, we can include free movie games like I, 300, Hobbit 3 and many others. But what about when the game is "trash" and on top of that it's paid? The Martian: Official Game (Android e iOS), o Official game of The Martian movie is literally "lost".

But then, what is The Martian: Official Game like? The official game of The Martian movie is a textual game (that's right!) where you receive information from Mars and must decide on the life or death of Mark Watney (played in the movie by Matt Damon).

The idea would even be good, if the game weren't so lacking in options. The game is not bad for being textual, it is bad, because its quality is really inferior. They could have put at least some images to contextualize the gameplay. But not even that.

If you liked the movie and found the price R$ 11,93 reasonable. We have just one tip for you: Fly! fly far away! Until you get to Out There.