The Lord of the Rings: Rise to War Preview

When it comes to the gaming world, new titles are released every day. However, among these countless new games, there are some that bring legendary titles to fans all over the world.

This is definitely the case for Lord of the Rings, a franchise that really needs no introduction. I believe I'm not the only one who thinks that no matter who you are, where you're from or what you like, you've heard about The Lord of the Rings in one form or another. Whether through JRR Tolkien's best sellers, iconic films or other mediums.

With the latest release from NetEase Games, The Lord of the Rings: Rise to War (The Lord of the Rings: Awakens of War), fans of the franchise will have the chance to experience a fully accurate 3D representation of Tolkien's magnificent world on their mobile devices. From the majestic Minas Tirtih to the brutal horror of Barad-dûr, the game offers stunning visuals and features iconic characters and locations from the original trilogy. 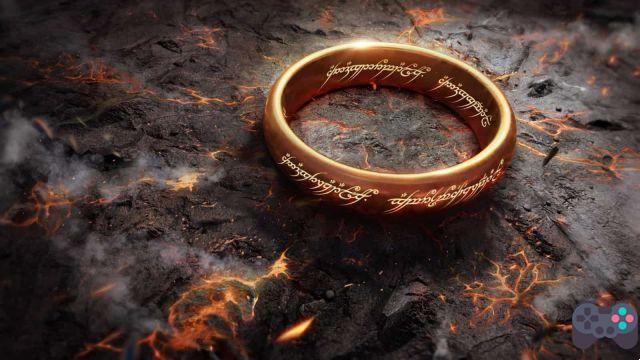 Strategy MMO enthusiasts will find the tactical gameplay The Lord of the Rings: Rise to War attractive.

O A ring resurfaced in the deserted castle of Dol Guldur. It grants its wielder unparalleled power to dominate Middle-earth, drawing people of all factions into a great war. Gondor, Rohan, Lothlorien, Erebor, Mordor, Isengard, Angmar and Rhûn, all these iconic factions raised their banners.

Players must assemble the most overwhelming legion Middle-earth has ever seen, lead their troops into battle, occupy lands and conquer with their Faction. As Lords and Chiefs, for Good and Evil of Middle-earth, they must enter a vast 3D world and take control of it by developing their settlements, expanding their territory, and founding their own Society while commanding Commanders of legendary heroes and villains. Gandalf the Grey, Aragorn, Legolas, all fan-favorite characters, but also less popular ones too.

You should not pass… without reading about the game

Once players select their Faction, they must build their ring and take control of their settlement.

In your search for A ring, as well as other smaller rings, they need to build their army, starting with recruiting a Commander.

To successfully recruit a Commander, it is first necessary to earn his trust by giving him the items he wants. That done, the next step is to give the Commander's troops to lead and march to defend their territory from the opposing Factions. Each troop has its own speed stat; the higher the speed, the faster they march.

By occupying land, players gain valuable resources that they can use to improve their settlements and get more soldiers and Commanders as they try to expand their territory. This expansion is vital to the way the game is played, as resource tokens represent the only way to obtain resources for your Faction. Unlike most other strategy games, the spoils to conquer enemy cities will also rarely be as big as the cost, so you'll need to be strategic when expanding your territory and creating your Societies.

As with everything related to The Lord of the Rings, we can expect the game to have absolutely stunning 3D graphics and highly immersive gameplay. Fans of the franchise and base-building enthusiasts can enjoy a deep strategy game sprinkled with key elements from the books and movies, such as locations and characters, as it unfolds a plot in an accurate representation of Middle-earth.


The Lord of the Rings: Rise to War will be available for download as a free game with in-app purchases on the App Store, Galaxy Store and Google Play.

The Lord of the Rings: Rise to War launches on September 23, pre-register for special perks ❯

add a comment of The Lord of the Rings: Rise to War Preview