The Lord of the Rings: Rise to War – Mobile game is in pre-registration on Android and iOS

Lord of the Rings: Rise to War is a strategy game with characters from the free and movie “The Lord of the Rings”. The game authored by NetEase features representations of actors who participated in the films in battles across Middle-earth. O pre-registration is now available on Android e iOS. 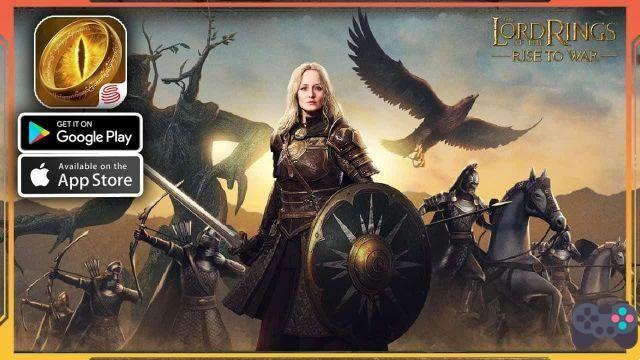 Rise to War is above all a strategy game. So, despite the beautiful images shown on Google Play and App Store, the game boils down to building the kingdom (a citadel in this case) and improving it to be able to face other enemies in the game. As explained early on, Mordor is right next door, and you need to hurry. Building a large army will be essential.

The trailer and information in the app stores don't make it clear if the game will have a multiplayer mode, but in tests (held since 2020), the game didn't show any features like this. The focus, it seems, at the beginning, will only be on a story mode.

Lord of the Rings: Rise to War will arrive in Europe, America, Oceania and Southeast Asia on September 24th. It is not confirmed whether in Spain it will be released on the same day, but everything indicates that it will.

See how the gameplay is:

Fans of the “Lord of the Rings” Saga books and movies will immediately recognize characters and locations. NetEase's work in bringing perfect representations of the actors from the movies gives this game an extra taste. Actors like Viggo Mortensen (Aragorn), Ian McKellen (Gandalf), Elijah Wood (Frodo), Miranda Otto (Éowyn) and many others are perfectly represented on screen.

Pre-registration for the game is now available on Google Play and Spain's App Store. Everything indicates that the game will be translated into Spanish and will require an internet connection.

add a comment of The Lord of the Rings: Rise to War – Mobile game is in pre-registration on Android and iOS