The Lone Ranger for Android and iOS – Free Game

The game from the movie “The Lone Ranger” is now available for free download for Android and iOS (iPhone, iPod Touch and iPad). In the game, you embody a character from the Wild West and must keep the peace in a small town.

Contrary to what you might imagine, we don't control the Lone Ranger, well, at least not for the entire game. The game is actually an RPG and you will create your own character and experience a story in the Wild West. 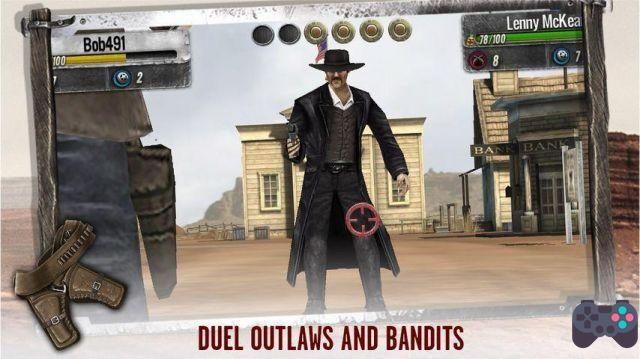 The gameplay is simple and rather than being an open world with lots of Six Guns-style shooting (which is also free). what we have here is a mix of simulation and gameplay that looks like it came out of a Nintendo DS game. To shoot the bad guys, you just have to tap on them and during the dueling minigame, which seemed the most fun in the game, you can't shoot vital parts, at least not at the beginning of the game.

The Lone Ranger is a game for all ages, but the fact that the game is an RPG with minigames may not be what many people were expecting. The game is a Freemium, so don't be surprised at some point, having to wait until the other day to play again.

The Lord of the Rings: Rise to War adds 5 events to celebrate Christmas season ❯