The LIGHTEST (and Compatible) Games for PPSSPP on Android 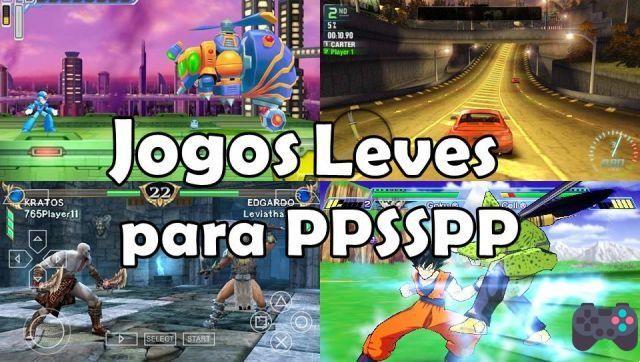 Know the lighter games to emulate not PPSSPP. Ideal for those who have a smartphone with low processing power, this post will help you choose the compatible games de PSP to emulate on your Android. They are the best games to run even on old cell phones like Moto G4 Play, Galaxy J5 (2015) and others.

Notice: This post only contains game tips that are compatible with PPSSPP emulator for Android. There are no download links for the games. We make it very clear that you still need to own the game in order to emulate it. 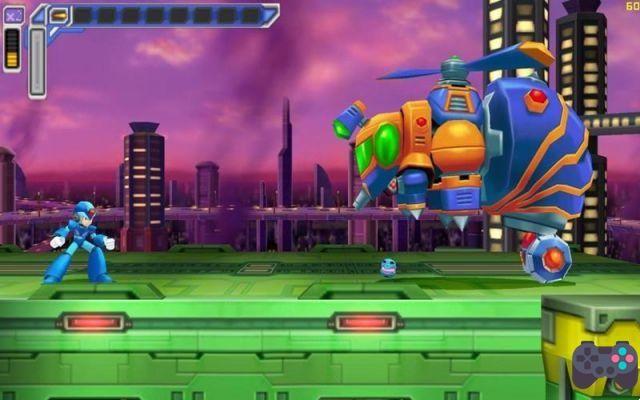 The first game on our list of lightweight and compatible games from PPSSPP is an absolute classic. Mega Man Maverick Hunter X is a 3D remake of the Super Nintendo classic, Mega Man X.

Released in 2005 in Japan and in 2006 in the rest of the world, the game has renewed graphics. The much prettier look does not compromise the gameplay in the PPSSPP emulator, making it a great game to emulate even on old cell phones. 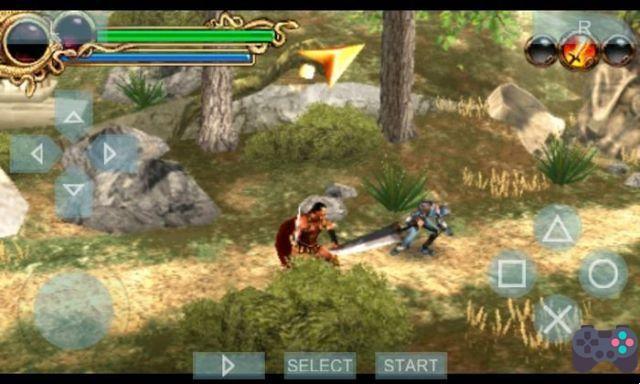 Hero of Sparta is a classic 3D action game by Gameloft. Released for smartphones and tablets, the game also came out for PSP.

Hero Of Sparta has been removed from the Google Play and App Store, but if you have the PPSSPP emulator (and the game) you can still enjoy playing one of Gameloft's best games on your Android. 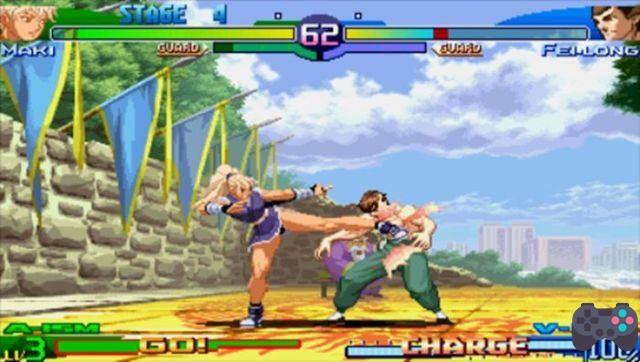 The big difference in this version is the inclusion of characters like Eangle (Street Fighter 1), Ingrid (Capcom Fighting Jam, SFV), Maki (Final Fight) and Yun (Street Fighter III). For full fun, we recommend playing with Bluetooth or USB controller. 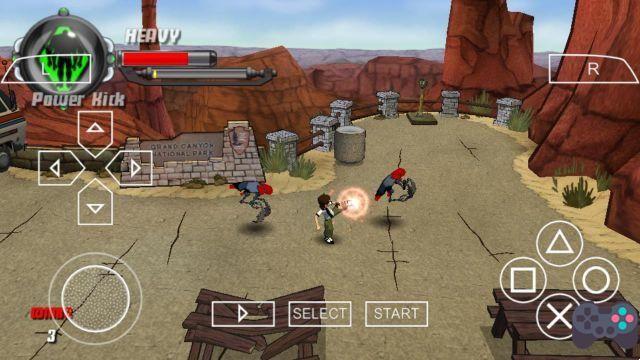 Ben 10: Protector Of Earth is the same Playstation 2 game, converted to PSP. In the PPSSPP emulator, the game works with an enviable lightness.

For those who miss beating this game on PS2, playing it on mobile will be a pleasure for those who grew up playing Ben 10. There's also the Alien Force sequel, although it's a little heavier than Protector Of Earth. 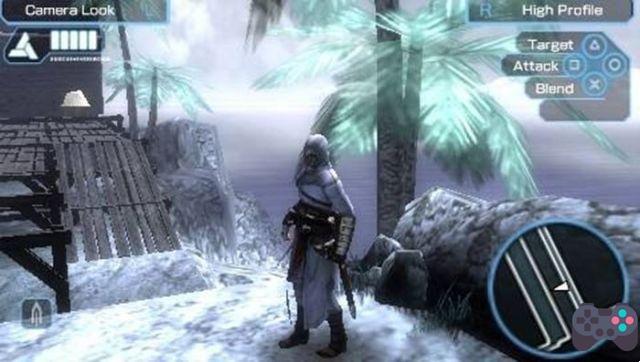 Assassin's Creed: Bloodlines isn't exactly that light, but it's a playable game most of the time, as there are few scenes where the player needs to perform many commands.

Released in 2009, Bloodlines is a game made in the “half-life” of the PSP and which features good graphics and a remarkable story. One of the best Assassin's Creed titles. 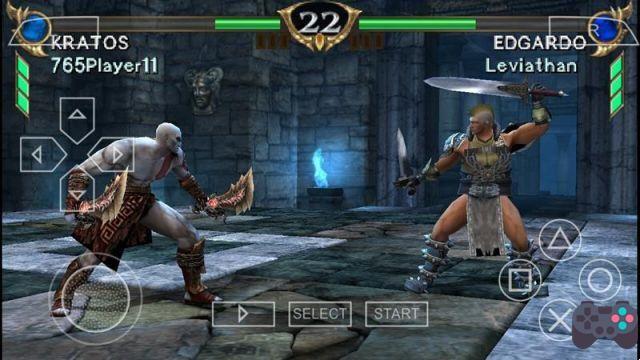 The absence of premium 3D fighting games is one of the biggest flaws of this mobile generation. We had Soul Calibur 2 on Android, but Namco did the disfavor by removing the game from Google Play and App Store.

Now we have to kill the longing with Soul Calibur Broken Destiny. And what a game my friends! One of the highlights of this amazing game is the possibility to play with Kratos from the God of War franchise. Broken Destiny has some frame rate drops, but nothing alarming as the game doesn't go below 30fps. 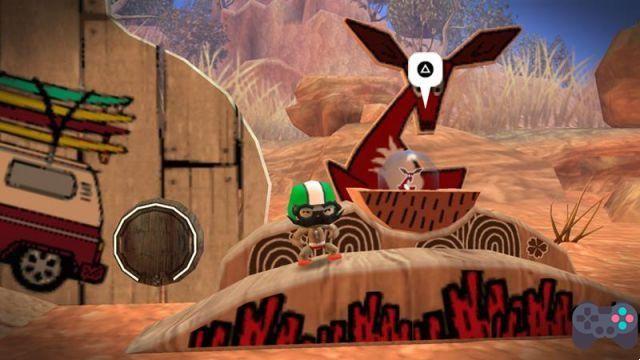 Little Big Planet for PSP is one of the best games on the platform. In addition, it is a lightweight title that runs very easily on the PPSSPP emulator. To get an idea, you can emulate the game even with a 2014 Galaxy Gran Prime.

Create or deconstruct the world around you. Although the game offers levels and puzzles for you to complete, you can also create your own scenarios, or import some from the internet. 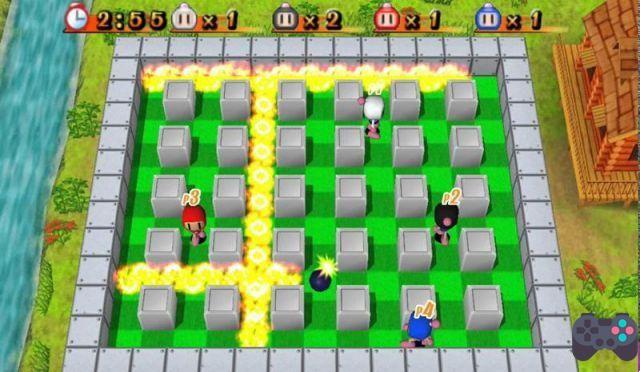 Bomberman is another “light wonder” in PPSSPP. The game is a remake of the classic SNES game, but all in 3D. The game consists of placing bombs in the correct locations to trap enemies and unlock power-ups.

Although the focus is on multiplayer, Bomberman has a great singleplayer mode with many stages. 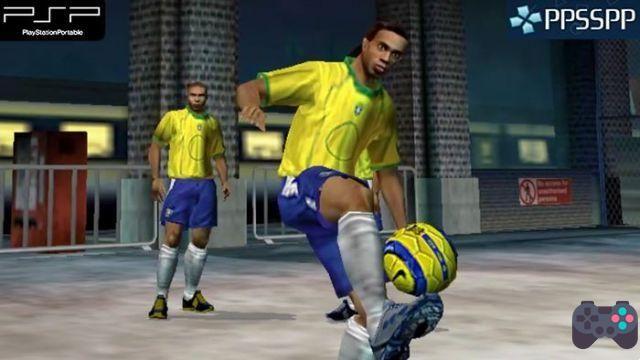 Fifa Street 2 is one of the games that is most needed on Android, as there is no similar game on smartphones. In this PSP classic, the player will face “Street Football” matches;

The matches are full of amazing plays. It is possible to make combos and special moves. The game is the same as the Playstation 2 and Xbox, and wherever it went, it was missed.

– Need For Speed: Most Wanted 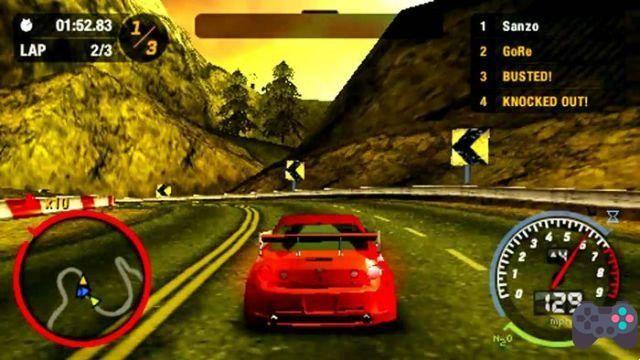 These days it's almost impossible to find a car racing game that doesn't have in-app purchases. Need For Speed: Most Wanted is a reminder of a time when handheld games were much better.

A classic "pick it, throw it, beat it" style racing game. The game is not exactly open world like the Playstation 2 and the graphics are not very pretty, but Most Wanted runs smoothly even on the Moto G2. 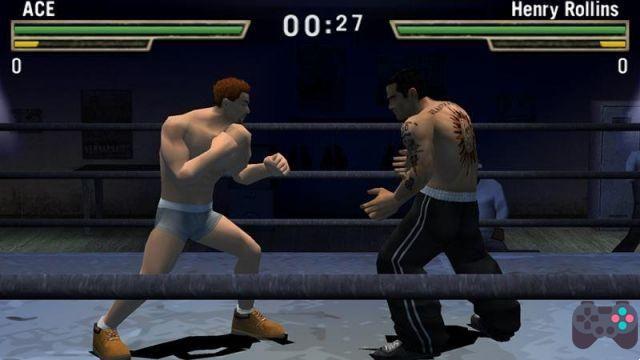 Def Jam: Fight For NY is another excellent 3D fighting game that deserves to be played on PPSSPP emulator.

Command the streets of New York in a game with a great story and frantic gameplay. On PPSSPP, Def Jam: Fight For NY has some frame drops, but nothing that compromises the gameplay. 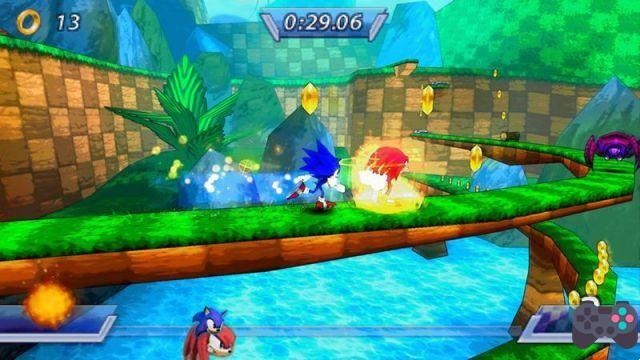 Released in 2007, Sonic Rivals is a 2D platform game, but with 3D graphics available for PSP. The game runs very well on the PPSSPP emulator and is one of the lightest of its kind. 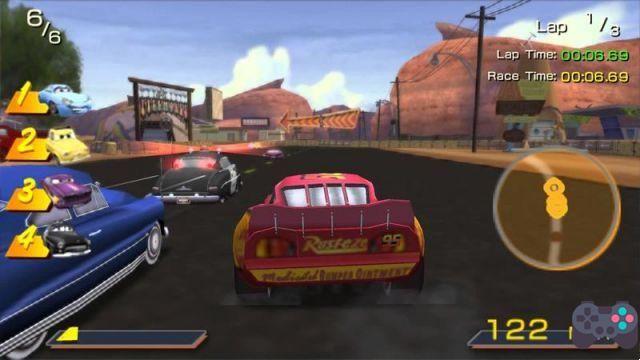 Cars is nothing less than a game from the movie Cars. What is surprising is how light the game runs on PPSSPP. Easy easy, you get 30 fps locked on high-end or intermediate smartphones.

In addition to the races, Cars still has a story mode with animations that is very interesting for those who are fans of the franchise. 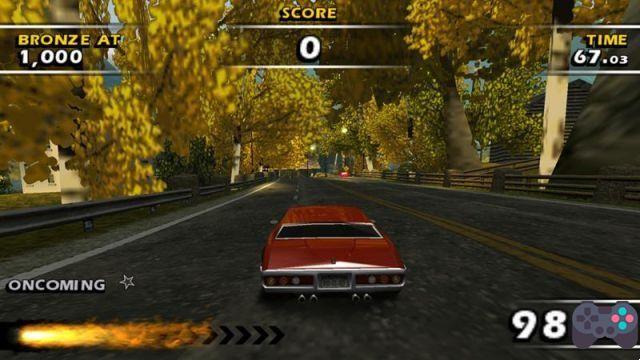 Burnout Dominator is, without a doubt, one of the best titles on the PSP. Present in several lists of different websites and channels, this racing game has many elements that resemble Asphalt, but here there are no in-app purchases.

Just collect awesome cars and destroy everything that comes your way in a frantic and mind-blowing game. Enjoy incredible accidents and use slow motion controls to cause as much destruction as possible.

– Call Of Duty: Roads to Victory 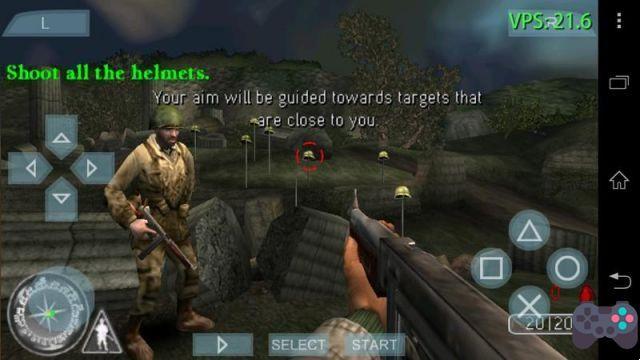 Shooting game fans will find Call Of Duty: Roads to Victory a perfect classic. It is very reminiscent of the early Call of Duty and Medal of Honor games. A true tribute to the heroes of the Second World War.

The game's campaign mode allows the player to see the history of the war from three different perspectives: American, Canadian and English, totaling 14 missions. 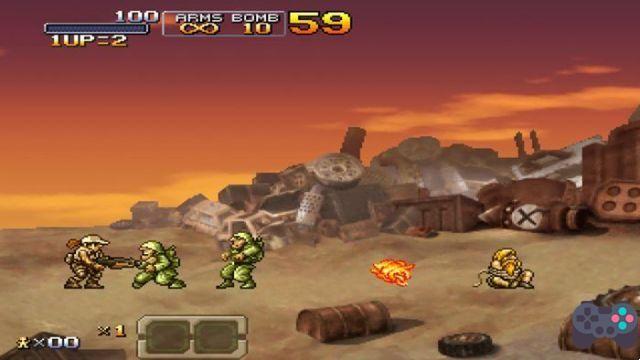 From a 3D war game, to a 2D game beyond cartoons. Metal Slug XX is not serious at all. The game is pure bullshit. Command the bravest soldiers in unthinkable battles in this arcade shooter.

Metal Slug XX is very lightweight and runs on literally any Android phone. 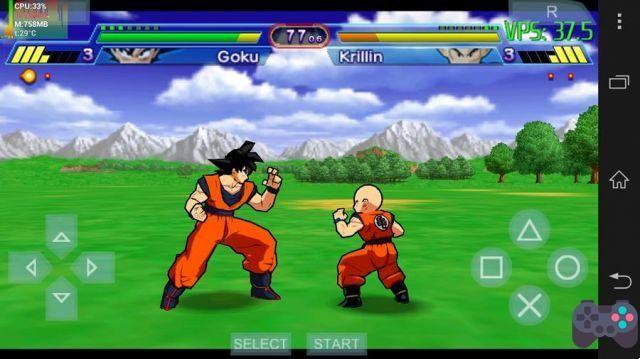 DBZ Shin Budokai is an already classic game among fans of Android games. The game has gained several mods on the internet with characters from the new season of DBZ: Super.

In addition to the main story option, you also have access to a new Z-Trial challenge mode. This features three different types of challenges, including a survival mode. Winning this will earn you money to buy different characters, rewarding you for playing over and over again.

– Crash of the Titans 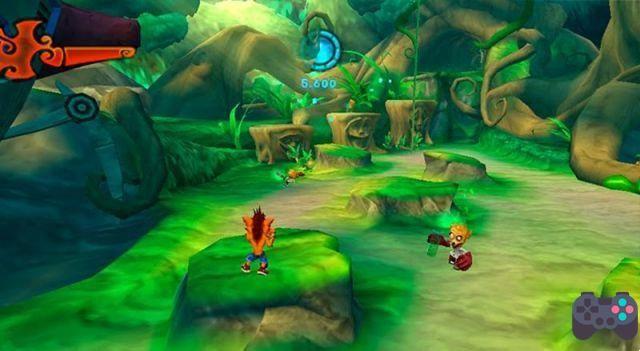 Anyone looking for the best 3D platform and Cartoon character game has just found it. Crash of the Titans is a PSP classic that not only works very well, but playing with on-screen controls is ideal. ]

The story revolves around the discovery of Mojo, a substance that gives superpowers. Dr. Neo Cortex plans to use the substance to create an army of monsters, so it's up to Crash Bandicoot to put a stop to the villain's plans. 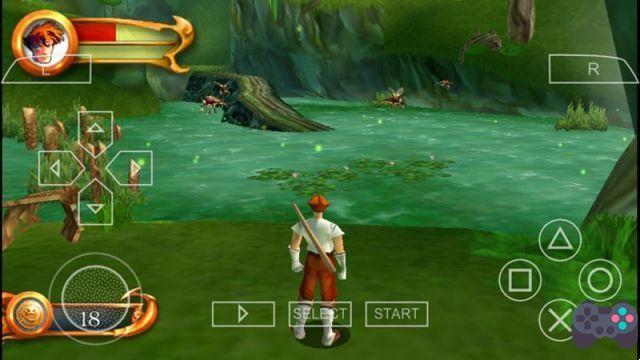 Lanfeust of Troy is a title that has become popular on Android precisely because it runs easily on PPSSPP. The story is based on a comic of the same name.

The game was never recognized abroad, but it became popular for being a light 3D game and on top of being all in Spanish. Lanfeust of Troy is an adventure with sword fighting and great environments to explore.

– Harry Potter and the Goblet of Fire 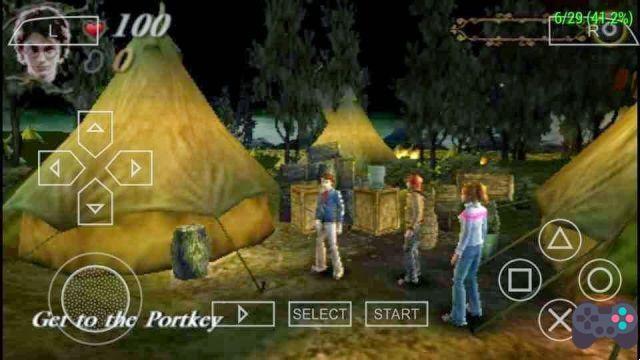 The game follows the three main characters from the movie – namely Harry Potter, Hermione Granger and Ron Weasley – and there is an entirely new spell casting system that allows for collaborative spells. The characters themselves resemble the actors. 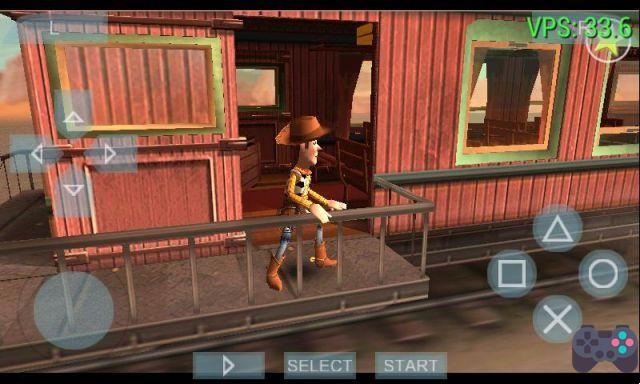 Toy Story 3: The Video Game is a platform game loosely based on the Toy Story 3 movie. The player can play as Woody, Buzz, Jessie (level 10 only), Squeeze Toy Aliens (level 12 and Alien Escapes) and the Green Army (level 2 only).

There are 13 levels in Story Mode, which follow the events of the movie and there are no enemies or boss fights. After the player completes a level in Story Mode, they can go back and replay it to try the 2 Challenge modes which are Cube Destruction and Time Attack which allow the player to earn coins and unlock trophies 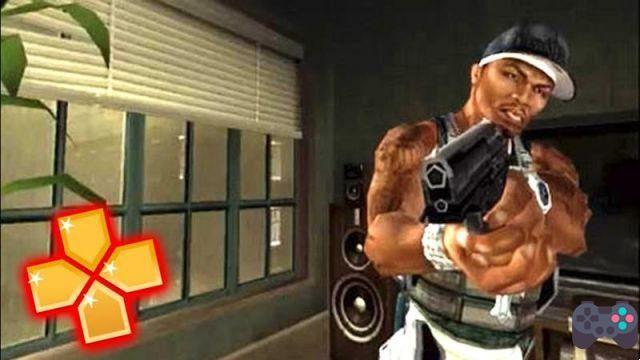 50 Cent: Bulletproof is an action video game developed by Genuine Games and published by Vivendi Universal Games for the PlayStation 2, Xbox and Xbox 360 and PSP consoles. 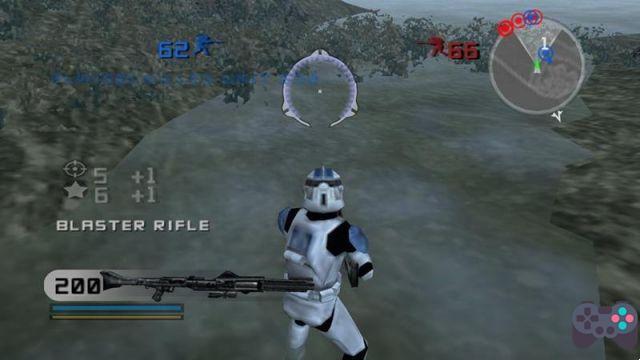 And the gameplay is even similar (already the graphics). The game consists of a campaign mode where you fight alongside the rebels to try to avoid the total domination of the Empire.

– Need for Speed Carbon Own the City 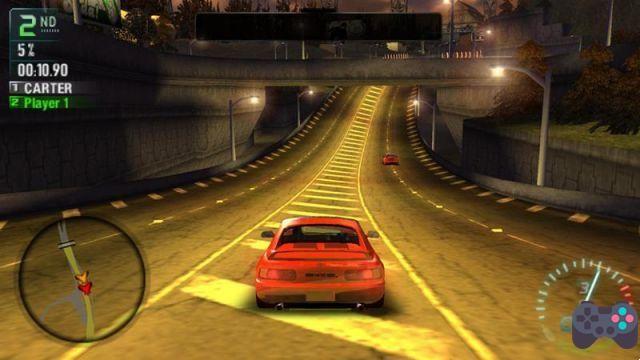 NFS Carbon: Own The City is a version of the racing game Need for Speed: Carbon for the PSP, Nintendo DS and Game Boy Advance handheld consoles. In 2009, an inferior version of Own The City was released for the Spanish console Zeebo.

Needless to say, the best version of laptops is the PSP, which gets even better with the graphics adjustments in PPSSPP. 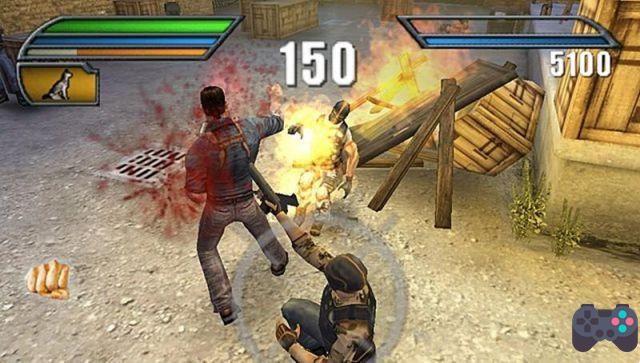 One of the most hyped up shooters on the PSP, Dead to Rights: Reckoning is another game that wasn't well received by critics, but that the audience loved, simply because the game runs well on the PPSSP emulator.

The game's plot is an old cliché from the 80's. The daughter of a high official Grant City senator is kidnapped and Jack Slate and his trusty dog ​​Shadow must rescue her.

And here ends our list of games for PPSSPP that are light and great to run on any smartphone. Did you miss any? Leave your recommendations and tips in the comments below.