The King Of Fighters World: trailer shows graphics and pre-registration 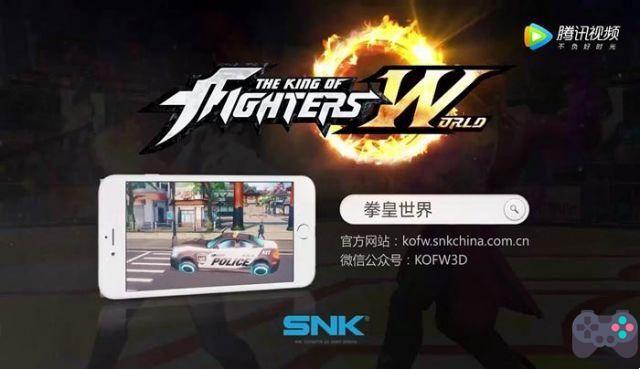 Are you looking forward to seeing how the graphics of The King Of Fighters World? Expected game for Android e iOS already is in pre-registration in China? The video posted on a Chinese social network may have revealed how the game will look. Check out!

The video is composed of CG scenes, but some images have models with very low vertex ratio. They are simpler models, commonly used in mobile games. These models can be the same ones that will be used in the game.

The trailer features characters like Andy Bogard, Geese Howard, Mai Shiranui, Benimaru and of course Kyo Kusanagi. The look is nice, but it remains to be seen if this will really be the look of the game.

It is a pity that the video does not contain fight scenes and that it presents the gameplay. But at the end of the trailer, it is discovered that SNK from China has already opened registration for the closed beta, which will take place in that country.

The game is in charge of LEDO Interactive. According to the site, the game will be a story-focused MMORPG. Arcs involving the main characters of the franchise will be explored, with extensions that will reach KOF XIV.

The producer promises a new combat system that honors that of the original games. Let's see what LEDO will come up with, as it is worth mentioning that this is not the first Chinese game created for KOF.

add a comment of The King Of Fighters World: trailer shows graphics and pre-registration