The Impossible Game 2 is released for Android and iOS

The Impossible Game 2 Arrived to Android e iOS to ruin your day. The 2D platformer with absurd difficulty is available for Android and iOS. O game is free and offline.

Thirteen years later, The Impossible Game returns to torment us. He was successful on Youtube Spain at the beginning of the video platform here. The new The Impossible Game 2 is free to play and has offline and online modes (including a Battle Royale). 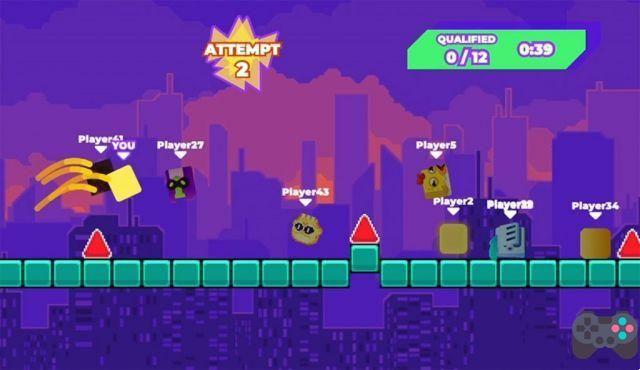 The challenge remains the same. The player needs to jump the obstacles and try to pass the levels that require memorization and quick reflexes. The block walks by itself and you just have to tap the screen at the exact moment to jump.

It seems simple, and it is, but The Impossible Game 2 has an absurd difficulty and stages that are planned to the millimeter to make the most of the player.

But of course, the biggest news is that The Impossible Game 2 offers an online battle royale mode where you can face off against 60 players at the same time, all to see who can finish the level first. So if you found the basic gameplay to be challenging, just wait until the stress of online gaming starts messing with your mind. Oh, and there's also a level editor, which means you can endlessly create your own levels, and those levels can be shared and imported.

The Impossible Game is back with lots of news! ❯