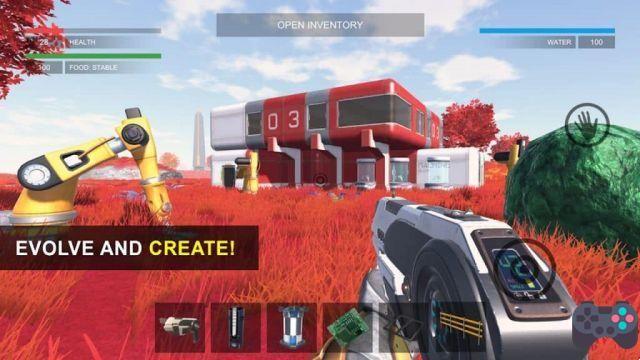 The Galaxy: Survivor is a survival game for Android, which is very reminiscent of the game No Man's Sky (PC and consoles). However, in this game, you already start on a planet, and you must develop your camp to survive the local fauna. The game has very beautiful graphics and is being developed in the Unity graphics engine.

Morphite: The “No Man's Sky Mobile” Arrives for Free on Android

There are only 75 MB of data to download. The game's map is only 2 km long and despite being simple, The Galaxy: Survivor shows immense potential. The fun begins when we discover that it is possible to travel to up to 5 different planets.

Create your own base and unfold how to survive on all planets.

– Opinion on The Galaxy: Survivor

Despite the great impression, The Galaxy: Survivor suffers from being quite limited. Clearly the game is still in development. It doesn't take long to get bored.

Even with these problems, The Galaxy: Survivor is a project worth following closely. Because the producers promised a multiplayer soon. The game is on sale on Google Play for only R$ 2,69.

The Gardens Between comes to Android bringing a unique experience ❯