The Elder Scrolls: Blades Launches Globally for Android and iOS 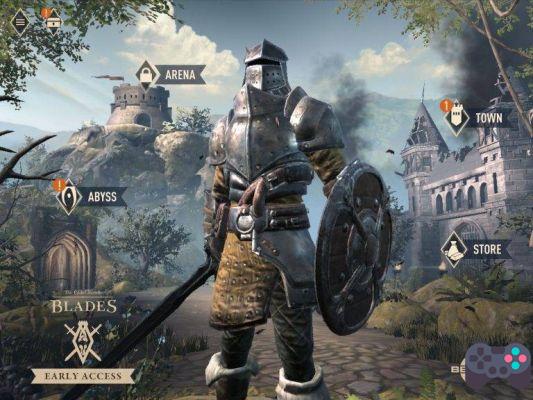 After months of closed beta, The Elder Scrolls: Blades has been released to the public. Dungeon RPG is now available to all iOS and Android users for free.

The Elder Scrolls: Blades, for those who don't know, is a mobile game inspired by The Elder Scrolls series, whose most popular game is the fifth in the series, “Skyrim”.

The game is not the “Skyrim mobile” pointed out by many youtubers. In reality, he drinks at the source of the previous games in the franchise.

Everything Wrong With The Elder Scrolls Blades

Infinity Blade Saga is released on Android as a single game

But Blades adds the “mobile” elements to its gameplay. In addition to exploring dungeons, the player needs to rebuild a destroyed city. This reconstruction happens as you progress through the game.

The combat mechanic, heavily criticized in the beta test, continues. It's not an Infinty Blade. The commands are based on “tap and then release” rather than “swipe”.

Future plans for the Blades also include adding an 'arena mode' that will let you face off against friends and strangers in one-on-one duels. There is no word on the release window for this update at this time.

– Arriving in times of controversy

The game's producer, Bethesda, is not in a good place. Involved in a scandal with its console and PC games (Fallout 76), the controversy reached mobile and delayed the release of Elder Scrolls: Blades. The PC version that was supposed to come along with the mobile version was postponed… again. It remains to be seen if Blades will have the quality to make fans forget about the controversies.

add a comment of The Elder Scrolls: Blades Launches Globally for Android and iOS