The Best xCloud Games to “Zerar” on Mobile

In response to your request, we brought you a video with the best games to control on XCloud.

After much deliberation and studying the nearly 300 games available in the Game Pass catalog we came to a terrible conclusion. 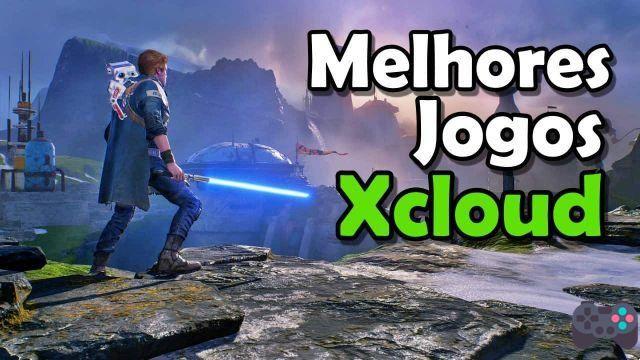 The best games are…. ALL! hahahaha

Joking apart. Every game looks great with Bluetooth or USB controller on xCloud.

After all, these are Xbox games running on Series X hardware in the cloud.

In order not to get lost in the big catalog, and focus your gameplay on what will really bring you a rewarding experience, we brought you the cream, de la creme, the best in the Game pass catalog that works very well on xCloud.

Disclaimer: This list is a recommendation of games that are on the service at the time of publishing this video. It's not our fault if one or another game leaves Game Pass later.

Let's leave out some games that we mentioned in the previous video, if you haven't seen it yet, check it out.

With these two games, you can't go wrong. Anyone who plays on mobile knows that there is a huge lack of shooters with a good story and frantic action.

Doom and Doom Ethernal are two FPS games that are simply must-haves for fans of the genre. And if you like “Boomer Shooter” then. You can go inside without fear.

The gates of hell are open on Mars and only one guy makes the demons tear apart in fear.

A crispy to play in control. very well embedded commands and fast gameplay.

Both games are in Spanish with excellent dubbing.

Created by Respawn, Star Wars Jedi: Fallen Order is an action game with Dark Souls elements that are evident from the very first combat.

But forget the excessive difficulty. Fallen Order has a challenge in measure. What is good. Because it allows newbies to enjoy the game without fear.

The story follows Cal Kestis, a padawan who managed to escape the Jedi purge and has been living in hiding ever since, not revealing his powers and slowly forgetting many of them.

As the game progresses, you'll regain those memories, and with them, a host of powerful new abilities.

It's not a game so talked about, but it is without a doubt one of the best adventures to know in the game pass. Unmissable, one of the best xcloud games to beat on mobile. 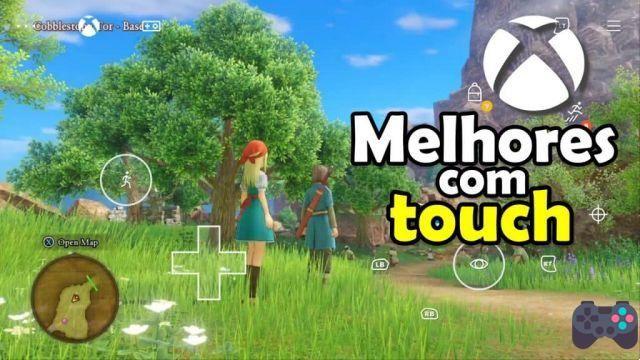 Xbox exclusive games are the flagships of Game Pass, and speaking of cars, you can't miss the Forza Horizon series.

Mixing racing simulator and Arcade Racing, this franchise that is already old, found in the “Horizon” version the perfect mix between open world and automobile fun.

Version 4 was already impressive and version 5 will arrive on Game Pass in November. So if you're watching this post-launch, know that Forza Horizon 5 is literally a must-play.

When it was released in 2015, Batman: Arkham Knight was not well received due to performance issues on PC and consoles.

6 years have passed and today this dark knight adventure is smooth as butter on Xbox Cloud.

Did you miss Gameloft's Batman? Have you beaten him a million times? Then you can fall into the “original franchise here”.

Get ready to face an open world game in a rainy Gotham full of baddies to beat up.

Batman is stronger than ever and seems invincible, however, new enemies arise, among them, the Knight of Arkham.

Will the bat-man win this time? So just playing to find out.

Since 2014, Android shooter fans have been looking for a good war game with a good story and dozens of hours of singleplayer fun.

Unfortunately, companies no longer make games like this on mobile. Almost everything is online or with in-app purchases to “stop your progress”.

But Xcloud is the lifeline for those looking for triple-A games. Especially if your goal will be to beat these games.

Battlefield 1 and Battlefield V are two games with a grandiose campaign, incredible graphics and a visceral setting in the first and second world wars.

All in Spanish with dubbing and all. Sensational!

Control is one of the craziest games of the last generation of consoles.

In downtown New York is the oldest building in the United States. It is used for psychic experiments with entities that no one really knows who they are.


Jesse Faden enters the scene looking for his missing brother. But when touching a "talking" gun, she ends up becoming "the director".

Did not understand? Calm down, it gets worse.

It seems like you have to be careful what you think or take with you, as everything comes to life on the spot.

Control is an action game with a crazy story, but it's pretty cool and highly recommended for those who enjoy science fiction.

Masss if you like to just shoot, better go for other games.

How to Play Xbox Cloud on Android and iPhone

All Xbox Cloud Games for Android and iOS

XBox Cloud Gaming: What is it? How it works? All you need to know

Lost in a plague of rats, the characters in A Plage Tale Innocence are just kids. As if the bubonic plague weren't enough, they are pursued by a knight of the inquisition. The reason? Nobody knows.

Get ready for a tragic story in which these brothers will cross a world full of grotesque scenes and sad moments.

Plage Tale Inocence is an action adventure, but you can forget about turning “the rambo” and going out with a bullet. After all, the game takes place in the year 1348.

This game portrays one of the darkest periods of humanity like few others.

The setting and soundtrack are fantastic, if you're looking for something that comes close to the narrative of The Last of Us on Xcloud, play A Plage Tale Innocence.

Let's face it, ever since games embraced massive open worlds with more realistic graphics, something that happened way back in 2015, folks kind of forgot about the Halo series.

But in the past, Halo was surprising from a technical and gameplay point of view.

The Masterchief Collection is important for us mobile gamers because of Gameloft's NOVA series. If you've ever dreamed of imagining playing the entire Halo franchise on mobile, that moment has arrived.

What awaits you here is a great saga alongside one of the most iconic characters in the world of games.

This is another recommendation for those who played a Gameloft classic a lot, this time NEW.

Hollow Knights is an action-platformer with a massive interconnected world that focuses on exploration and combat.

And that's the very description of what good metroidvania is. And yes, Hollow Knights is one of the best games in this subgenre.

It offers unparalleled freedom with lots of little secrets and bosses to face.

The game gets practically everything right, from sound design to atmosphere with very well-placed combat mechanics. Everything in Hollow Knights borders on perfection.

Combining everything you'd expect from progression and world design into a simple and cohesive experience, I can't help but recommend this gaming masterpiece.

Don't be fooled by the look, this game is worth it.

Another hidden gem that is really worth knowing about is The Outer Worlds. Created by the brilliant minds of Obsidian Entertainment. The game would be the equivalent of a “Fallout New Vegas in space”.

The Outer Worlds is a first-person RPG set in science fiction in which the player travels to several different planets. This game has that ironic tone of the Fallout advertisements, that hint of dark humor, but that is allied with an excellent open world with a lot to explore.

The game isn't necessarily a Triple-A despite how it looks, but that's a good thing as it maintains that independent game vibe.

And we come to the end of yet another list. Yes, we know that we had a greater focus on shooters, as games of this genre with a story are very popular and practically disappeared from mobile a few years ago.

And one of the great highlights of Xcloud is exactly that, many shooters with a good story and in Spanish. So there's no reason not to put them on the list.

We also intended to focus more on heavy games even for consoles, so you can get an idea of ​​the possibilities of XCloud. Everything runs fine.

This service and Geforce Now are sure to change the way we look at mobile games forever. We will have an excellent future ahead.

A big thank you to those who have watched the video so far, a big hug and see you next time.