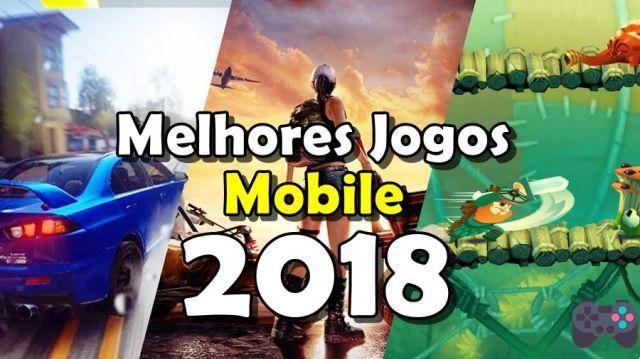 Every year, Mobile Gamer Spain chooses the best mobile games in an award rarely seen on the national scene. The post has been edited since 2009 and brings, in addition to the main games of each year, those hidden gems that many people haven't seen, either because they don't have a device with the aforementioned system, or simply haven't seen the game. Check out our top Best Games of the Year. 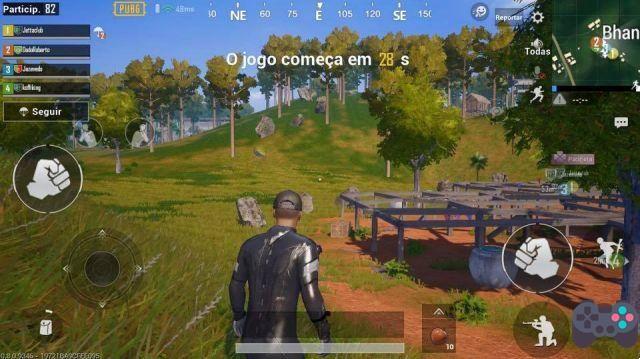 The year 2018 seems like those “one-note sambas”. It was a year marked by a subgenre that dominated the subject when it came to mobile games: Battle Royale.

And in this genre, on cell phones, no game stood out more than PUBG Mobile. With two western and two eastern versions, PUBG Mobile is the best action game of 2018.

The game takes the award for the almost perfect recreation of the PC version's gameplay, adapted for mobile. The use of Unreal Engine 4 was exquisite, bringing an impressive open world game, which runs well even on intermediate smartphones.

PUBG Mobile stands out in relation to Fortnite, precisely because it is a recreation from scratch, designed for mobile phones. 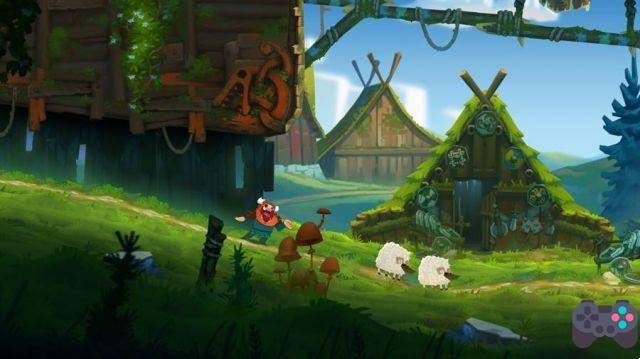 In the adventure games section, we have adventure games and also games that contain “action and adventure”. And in the past year, titles that mix the two genres have made a difference. However, the Android people weren't as lucky as the iOS people and couldn't check out games like Oddmar and Max – The Curse of Brotherhood.

Yes, we had the launch of Life is Strange for mobile, but despite the popular appeal of the Square Enix game, the platform/action-adventure game Oddmar take the trophy with ease.

A perfect adventure to be zeroed on mobile, so Oddmar can be defined. Once you play it, it's evident how good this game is. Owner of incredible art, Oddmar still draws attention for his fun narrative and calibrated controls.

Oddmar is old fashioned game. No unnecessary menus or options. Only the story mode and a long journey with 24 stages to reach the end.

Without a doubt, Oddmar deserves to be highlighted as one of the best games of the year 2018. 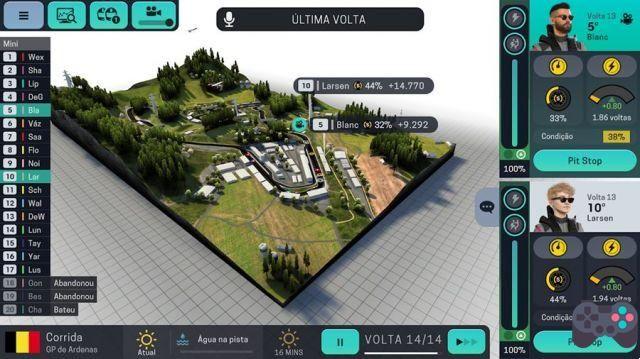 2018 was a little disappointing in terms of sports games, but one game saved the year: Motorsport Manager Mobile 3. In this game, you are the manager of an F1 and Endurance (GT) team.

The game involves so many aspects of the sport that it is difficult to choose which is the best. Particularly interesting on iOS, due to the augmented reality feature, Motorsport Manager Mobile 3 is also fun on Android.

Accessible even to the “non-understood” of the subject, it is possible to become addicted in a matter of minutes. Motorsport Manager Mobile 3 is one of those “off the curve” games that tend to be off the radar of mobile game fans, used to free games. 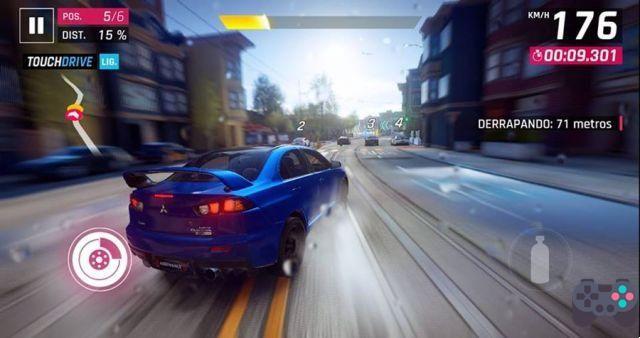 2018 was marked by being a year in which Gameloft was not so in evidence. It was the first year that the company had some of its magic tarnished by a series of middling or bad releases and updates. But one game saved the company from obscurity in 2018. We're talking about Asphalt 9: Legends.

The legitimate successor to the legacy of Asphalt 8. Asphalt 9 Legends brings all the classic elements of the franchise, packed into a package with amazing graphics.

Available for all platforms, Gameloft has prepared the launch of its main game of 2018 with great care. The game runs flawlessly on Android, iOS and Windows 10.

The game arrived surrounded by the criticism that it was "automatic", but the way it drives in the player's place can be changed from the very beginning. 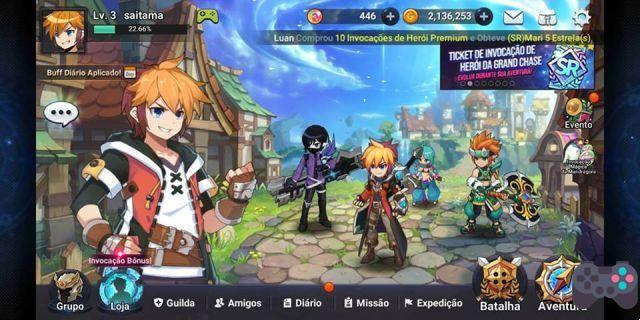 A great RPG needs a great story with a lot of content and gameplay that encourages the player to continue in it until the end. In this aspect, it is common for paid games to stand out from free games.

But this year, who takes the trophy surprisingly is GrandChase. At first, anyone imagines the game to be a “gacha game”, but GrandChase is the perfect introduction to the series for the new generation.


The game is especially fun for us Spaniards, because in addition to being all in Spanish, the game is dubbed with famous voice actors.

GrandChase stands out for having a very detailed and charming story. The game pleases both those looking for a solo adventure, and those looking to fall into PvP against other players. 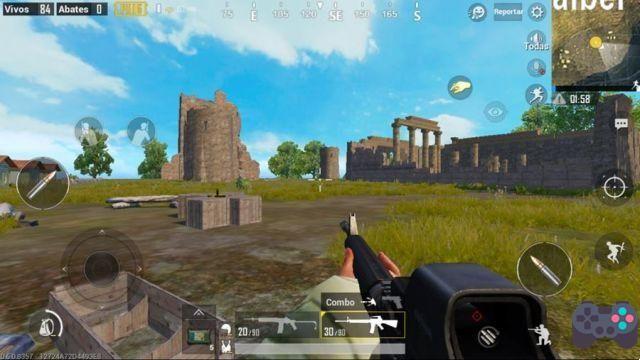 PUBG Mobile takes another award. This time, as the best shooting game of 2018. The game perfectly uses the Unreal Engine 4, to bring ballistic accuracy little seen in mobile games until then.

This was a difficult choice, as the year was filled with good online shooters. We had Shadowgun Legends, PUBG and Fortnite in one year. Shadowgun Legends seemed like the obvious choice, given the ability to play the missions alone. But the repetitive content weighed in in the end. 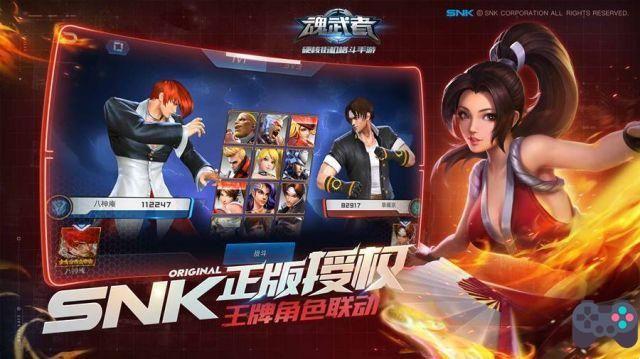 Changes to our top after it was written. That's right! It happens.

We had selected Tekken Mobile as the best fighting game of 2018. However, we didn't realize that Namco Bandai had canceled the game on December 17th.

Therefore, with the withdrawal of Namco's games, just a year after its release in January 2018, Soul Warrior was left with the spot for Best Fighting Game. Even though Soul Warrior is only in Chinese, it and its western counterpart, which was also removed from Google Play, Final Fighter.

Both games demonstrate what a mobile fighting game should be. Precise controls, good graphics, and just the right amount of competitiveness. Soul Warrior shines with a good campaign mode, which features its unique characters, and with an online PvP. 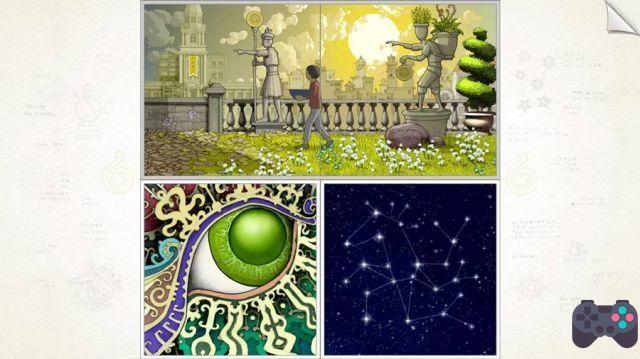 Although Florence is the media's favorite game out there, around here, we chose Gorogoa as the best puzzle of 2018. Can you imagine Framed raised to the tenth power? This is Gorogoa, one of the most different games we played in 2018.

The art of the game is beautiful and will delight anyone looking for an indie game. The way things are solved in this puzzle goes beyond Florence's simplicity, which borders on an “interactive book”.

Gorogoa is more complex without requiring any kind of tutorial. A game for the player's imagination to fly free, finding solutions that seem “at random”. 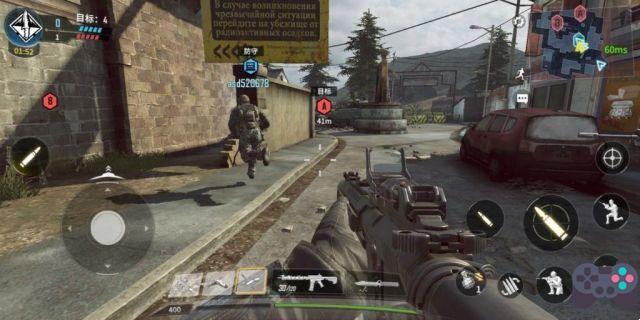 Call of Duty Mobile is certainly the most awaited game of 2019. The game that promises to further strengthen Tencent's hegemony in online shooters.

It is already being tested in China and some countries in Asia. It's definitely a game that will be talked about a lot, and especially played, in 2019. 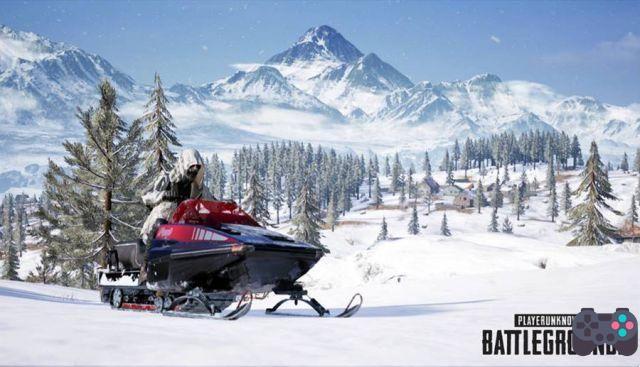 There was no other, PUBG Mobile is the game of the year 2018. A surprising title that broke barriers and dethroned competitors that were released before such as Free Fire and Rules of Survival.

Not only better in visual quality, PUBG Mobile offers smoother gameplay on mobiles than all other competitors.

The LightSpeed ​​studio and Tencent did a brilliant job of quickly adapting all the maps released in the PC version. A brilliant technical achievement that results in a game not only for those who have top of the line, but that even runs on less powerful intermediaries.

add a comment of The Best Mobile Games of 2018