The Best Cartoon Network Games for Android Phones and Tablets

Check out the best games cartoon da Cartoon Network to Android (Cell Phone ou Tablet). Some games are free and some are paid.. So stay tuned to our review to see if the game is exactly what you were looking for. Any questions, comment! Remembering that all games are in spanish and are offline, that is, you don't need internet to play.

See also: 10 Free Games for Kids of All Ages (Android and iOS)

Formula Cartoon All-Stars is a kart racing game with all the cartoon characters from Cartoon Network. play with Finn, Jake, The Powerpuff Girls, Ben 10, Mordecai, Gumball, Darwin and many other fun characters in a “Mario Kart“. the game is free to download and does not require an internet connection. 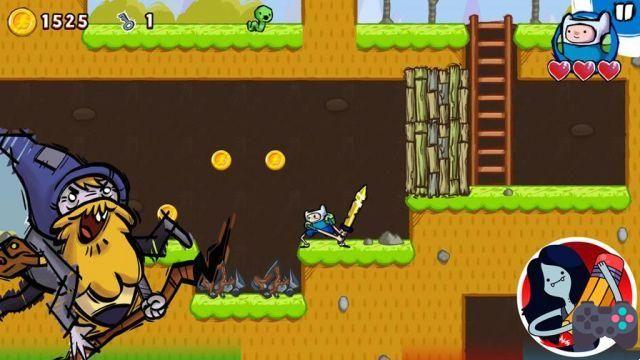 Adventure Time: Game Wizard is one of the most innovative games in the world. Cartoon Network. The game is divided into two parts, you can play a cool story where Finn e Jake try to defeat a new evil mage (although the Cold King It's not evil, right?). The other part of the game is all about building levels and you can do that right in the game, or by drawing the level on paper and then taking a picture. A fun game with simple controls and “Super Mario”-style stages.

– Steven Universe: Attack on the Prism

– Just One Show: The Best Park in the Universe 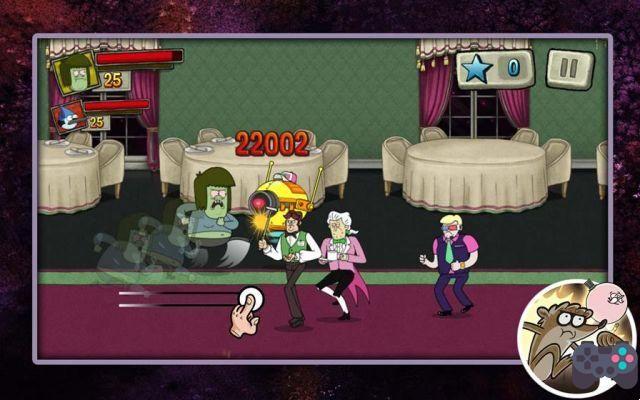 Just One Show: The Best Park in the Universe it's one of the best games Cartoon Network. Control Park employees in a battle to get the park back. The game is a fighting game where you walk and fight enemies, in the best street fighting style. You can add new moves to Mordecai, Rigby, Muscle Man and Pops. The commands are simple and the game is super fun, with many stages and an incredible ending. It's worth downloading. 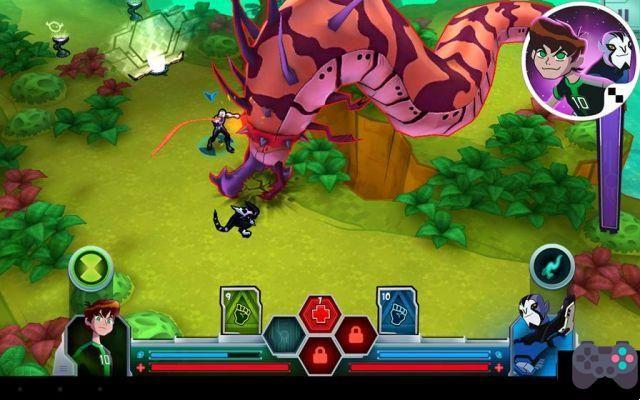 O ben 10 game for android is based on the cartoon, Ben 10 Omniverse. The view is from above, and that's where you can control so much Ben 10 and Smoke. The graphics are amazing and the game is exciting, with lots of action and lots of stages to complete. The game is the same that is available on the website of Cartoon Network, but the Android version has better gameplay and graphics. 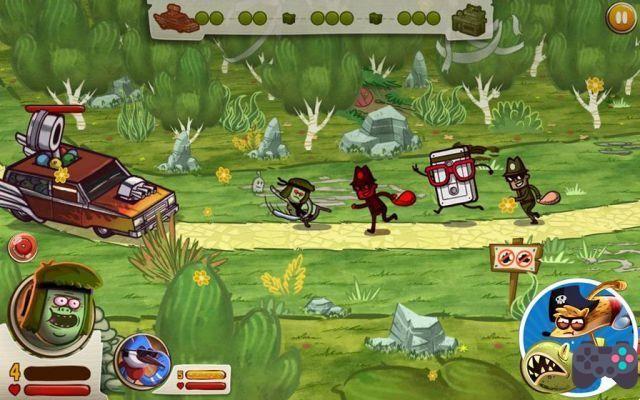 Just One Show: Prank Wars is a fun game that mixes strategy and action. You must create defense towers to defend Benson's car, which works as a base for the park's employees. The objective is to defeat the villain of the episode "Prank War". In addition to creating the towers, you must control Mordecai, Rigby, Muscular and other characters. Each character has unique moves and you have to use your head to finish this sensational game. 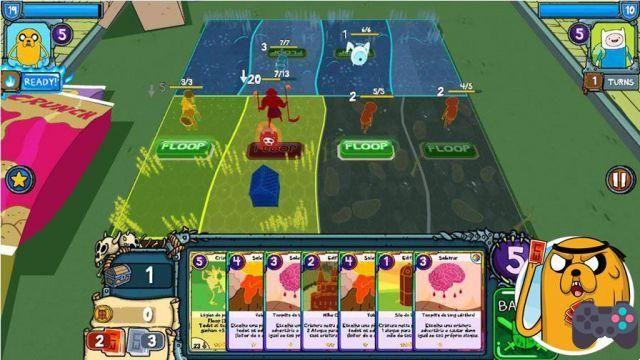 Adventure Time: Card Wars is a card game based on the "Card Wars" episode of Cartoon Adventure Time, where no one can beat Jake in the game or he'll be a beast! Here to win it will be easy! The game is all in Spanish and is very easy to play. However, it is worth remembering that this is a strategy game, where you must use your cards wisely. The graphics are really cool and there's a tutorial at the beginning that explains how to play, all in Spanish! 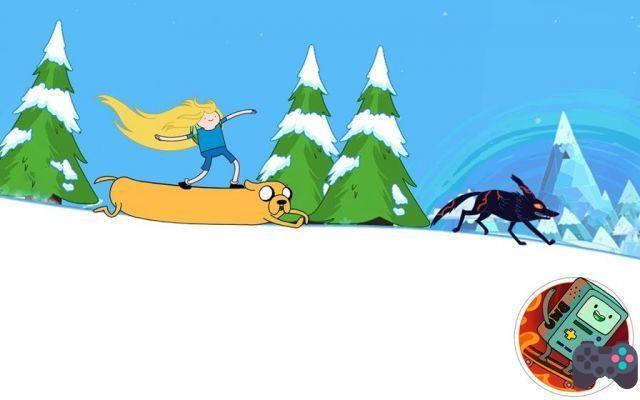 Not fun SkiSafari, you will see Finn fleeing at full speed from an avalanche. But you can call on several other characters to help you, such as Princess jujube or even the Princess core. The further you get, the better. An amazing game with good graphics. The coolest thing is that there are several scenarios, you start in the snow, but go through Kingdom of Fire, Kingdom of Candy, the Forbidden Dungeon and the Mysterious Mountains!

– Just One Show: The Burning Army 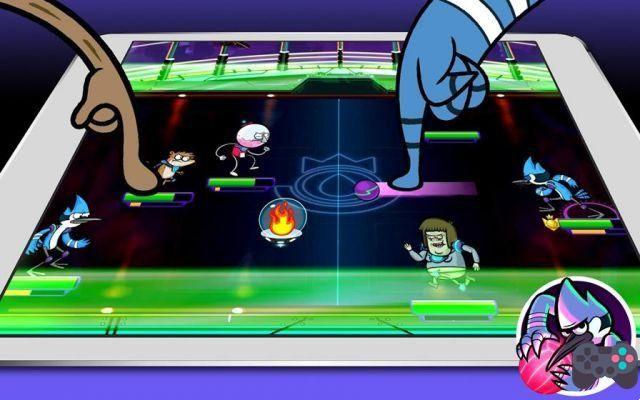 One of the latest games Cartoon Network, Just One Show: The Burning Army it is a sensational game with the characters of the cartoon Just a show. This time they go to the future to play a different dodgeball, with superpowers and incredible moves. Command each character to defeat enemies. In Android tablets the game is amazing because you can “play with two” without problems, each player will control one side of the screen. 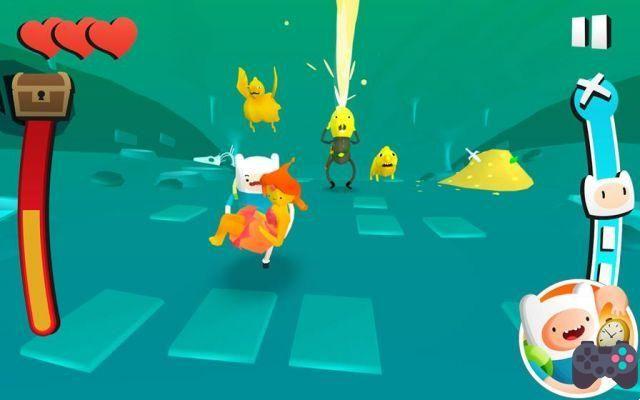 To finish a running game with the characters of Cartoon Adventure Time. Control Finn and dodge obstacles to get as far as possible. Along the way, you face various enemies and the game even has giant level boss battles. The game has really cool parts like saving the Flame Princess. A must for anyone who likes Adventure Time.