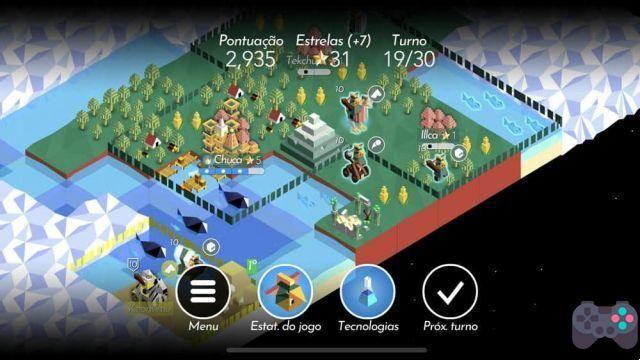 The Battle of Polytopia is a strategy game for Android e iOS. Free to download and play, we already talked about this title in our top best OFFLINE strategy games. But Midjiwan AB's game got a special update to celebrate the 10 million player milestone.

After conquering this incredible mark, The Battle of Polytopia for cell phones is relaunched in Spain with a in Spanish.

The Battle of Polytopia hides its gameplay through a colorful and cute look. The game borrows the successful formula of titles like Civilization, and packs it into fun missions to play on mobile.

“With the release of the full version in Spanish, Spanish players will be able to learn to fully master the strategy and even become better acquainted with the Polytopia universe”, says Christian Lovstedt, General Manager of Midjiwan AB.

In this game, each player commands one of the 15 existing tribes. The objective is to explore, build cities and declare war to get more territories. The “Civilization” style permeates the entire game. Each tribe has its own culture and technology.

highlights of The Battle of Polytopia:

The Battle of Polytopia is also coming to PC. The game will get a version for Steam (Windows and Mac) in 2020.