Developed by Wanderword in partnership with InXile entertainment, a studio specializing in RPG from Xbox Game Studios, The Bard's Tale – Warlocks of Largefearn is an RPG with an unusual audio feature, and is available to users who have Amazon Alexa (USA, UK). and Canada) and Google Assistant. 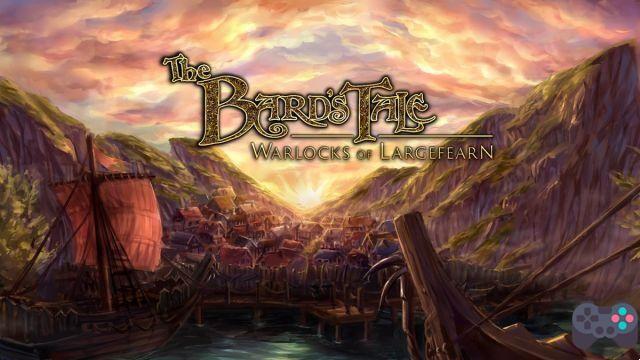 The RPG is a direct sequel to Bard's Tale IV - The town of Skara Brae and brings an adventure taking us to a small village in Largefearn, an isolated city. With an innovative audio-based combat system, the game allows you to recruit allies and discover the mystery behind the disappearance of citizens in this small town.

The game has four different classes, among them: Bard, Fighter, Vampire/Cheater and Medic. Classes also have sub-classes, allowing for greater customization of your character. Speaking of customization, the companions that will travel with you through Largefearn can be customized and all must be recruited by you.

The developers of The Bard's Tale – Warlocks of Largefearn also highlight their turn-based combat system that rewards strategic thinking, joining player decision-making, which is done over audio, along with hand-drawn graphics.

Unfortunately the game is all in English, which means that players need to communicate in English to play. As for the version of Google Assistant, apparently it is no longer available to access or play. It is also likely not yet available in Spain.

You can “purchase” the game for free either through Amazon or through Google Assistant itself.

The Bard's Tale: Warlocks of Largefearn is an Audio RPG for Android and iOS ❯