In this article you will meet six jgames for Android and iOS who have in their hearts the formula Dark Souls to be.

With the brilliant arrival of Elden Ring – what a game huh my friends, by the way – that doubt always arises: “okay! And what is similar in mobile?”.

To be very realistic, very little.

That's why we decided to select only the six best mobile games in Souls Like style and throw away the crazy excesses we've seen on many lists out there. 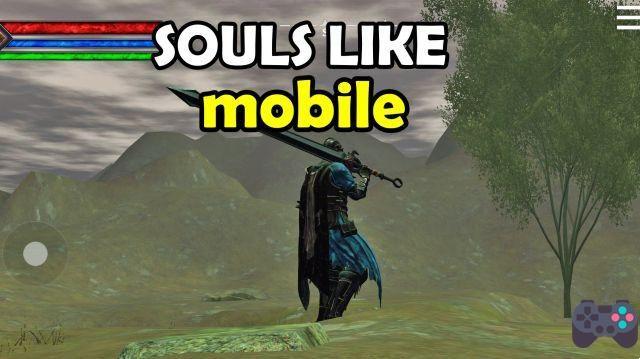 People saying that Genshin Impact is Souls like, that MMORPG is souls like and look at the audacity, that game with automatic combat is souls like. It's easy?

Not here! You have to have stamina, invincibility frame, a lot of difficulty and of course, a lot of deaths.

Of the mobile games that want to look like Dark Souls, none of them tries as hard as Way of Retribution.

Free and easy to play, this seems like the candidate game to be the “Dark Souls Mobile”.

It starts just like a Souls with character creation, class definition, etc.

But what starts off in a very good way, slips into some silly mistakes.

Despite the similar look and gameplay, this game slips with a buggy interface and problems with each update.

The idea is good, but it seems that the developers are a little lost in the creation of the game.

Still, it's worth the download, because this is one of the few free games on the list.

It remains to hope for future updates that improve the content of Way of Retribution.

Already much better structurally we have the Animus franchise.

The first game in the franchise is Stand Alone. With a very Dark Souls story that involves the decay of a distant realm and a very dark fantasy theme.

Animus already sets your character and he starts with a set of weapons and armor. But it is possible to change equipment as you progress.

Despite looking like a small game, Animus proves to be long for a mobile game. These Souls last about 15 to 20 hours, and will reward you with countless kills.

Still within the animus we can know its two sequels: Harbinger and Revenant.

Harbinger is such a straightforward sequel that it feels like an Animus 1.5. The focus of this version is boss fighting and a not so high difficulty. The commands are exactly the same as in the first game.


The spirit of the Revenant

Revenant is a much more elaborate and therefore more expensive sequel. The game even came to Xbox as a full game.

Better in everything compared to the first two games, Revenant also features a more extensive journey.

The game is brutal and quite long, it can last from 20 to 48 hours to reach the end or complete everything.

IRE Blood memory is the unsung brother of the Animus family. In fact, this is the game that started it all for Tenbirds.

Many of the game's enemies and assets were carried over to the final, offline version that was renamed the Animus.

The game that no longer exists will remind you a lot of Animus.

Ire Blood Memory can be found on Life's APK sites.

And behold, we arrive at the most celebrated game with an authentic souls like mobile.

Compared to the other games on the list it is better in everything: story, gameplay, Spanish support and expansions.

With elements reminiscent of many FromSoftware games, including Elden Ring, Pascal's Wager tells a story that is brushed slowly, with refinements ranging from medieval to gothic.

Worldbuilding is always something very well addressed in souls games and Pascal's Wager is no different. In this alternate Victorian period, the world has fallen into decay after an eternal eclipse and mist engulfed the world, bringing forth various monsters.

The similarities with Dark Souls are in the dark fantasy plot and in the combats, but in terms of RPG the game is very different.

You don't assemble the characters and can switch between them during gameplay.

Pure crunch, Pascal's Wager is not only the best soulslike mobile but is also one of the best games to play on mobile.

Very well done, with good graphics, excellent gameplay and very well adapted to touchscreen. It's not open world, but it's also asking too much, right?

All in Spanish and with controller support. The game also has two mega expansions.

"Our! But then it only goes with control, right?”

Not so much. Pascal's Wager has an easy mode for anyone who wants an easier experience.

I know it may seem like a crime when it comes to the souls formula, but that's because of who's going to play without control. If finishing a Dark Souls is hard enough, can you imagine having to do it on a touch screen?

In 2016, Bandai Namco tried to release an official game of the franchise on mobile phones.

Slashy Souls was an attempt to launch a spin-off of Dark Souls on Android and iOS.

Why is no one talking about this game then?

Well, like every good big company, Bandai Namco had (or rather has) a very questionable concept of what a mobile game should look like.

The result could not be different. A tremendous bomb that flopped in the app stores.

Slashy Souls can still be found on Android on the apk sites of life.

And to think that Bandai Namco wanted to use this game as marketing for Dark Souls 3? Joke.

Dark Rider is actually a roguelike, but it has a much higher than average difficulty, so many people relate the game to Dark Souls.

BEST GAMES TO BEAT ON PHONE #1 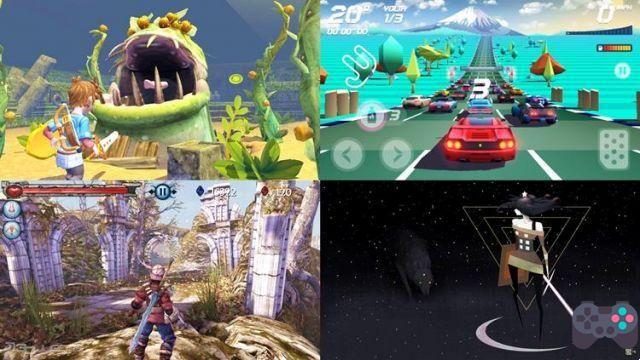 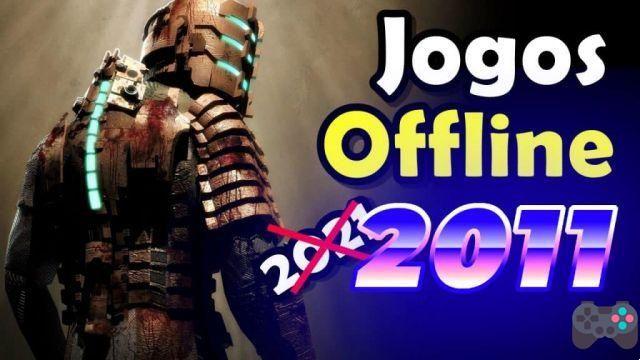 The LIGHTEST (and Compatible) Games for PPSSPP on Android ❯