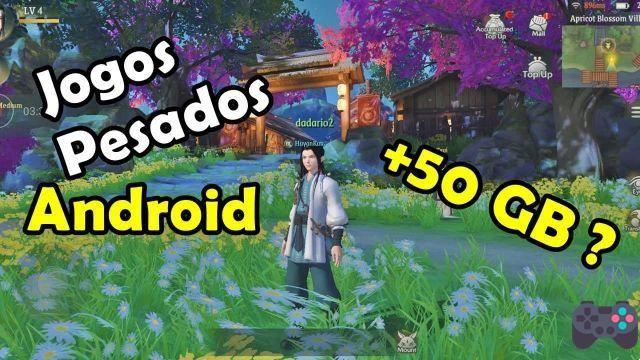 Check heaviest games for android of the present.

After our top light games (video here). , now it's time for heavyweight games. Check out a selection of the heaviest games that take up the most space on your Android.

– About game size and Cache usage

When it comes to heavy gaming on Android, there is a lot of misinformation out there.

People don't understand that many games “recache” their data and that's why they almost double in size.

This bug (actually it's more of a preventive form of updates) usually happens in RPGs like Ragnarok Eternal Love and old games that are updated until today, like Real Racing 3.

If you have a very old installation of these two games, can be up to 10 GB of easy occupied space.

However, just delete the game and install it again, download all the resources and realize that it has become much smaller.

To make this list, we had to delete, reinstall the games and then download all the data to make sure it was as close to reality as possible.

But the warning remains. The amount of space taken up may still vary depending on your smartphone model and Android version. Also, the size of games can change throughout the year. 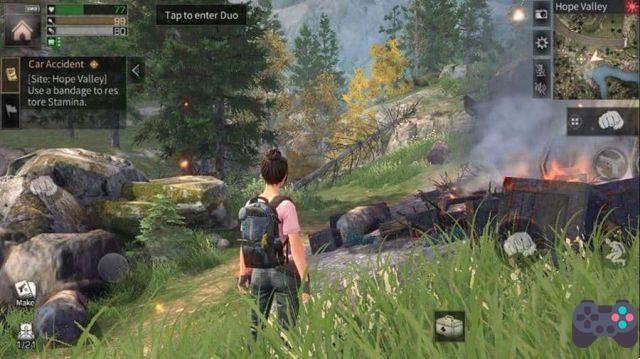 NetEase's RPG / Survival Game is also one of the heaviest Android games.

Right away, the user already takes a beating. To download from Google Play is no less than 3.4 GB of data.


But wait for it to get worse. Once installed, LifeAfter still asks you to download more data, and you'll be left with something close to the 4,2 GB busy on your smartphone.

At least the space is worth it. LifeAfter is an immersive action game with a lot of content that mixes well, missions, crafting and cooperation between players. 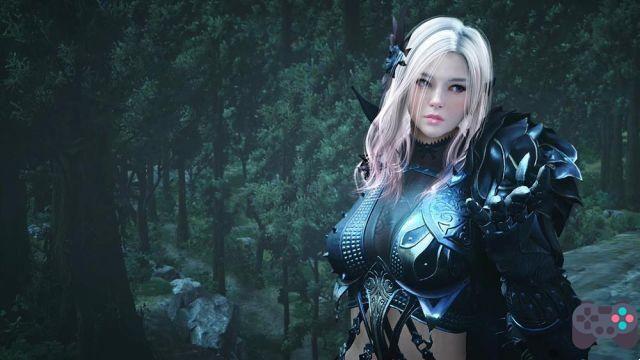 Practically a technical draw. Narrowly winning LifeAfter is Black Desert Mobile. Pearl Abyss game really needs an abyss of space on your phone. And he will fill with 4.23 GB of data.

Detail, the MMORPG was launched here recently. So it could be that he gets a lot more content soon.

Black Desert Mobile is also a very demanding game. You will need a very powerful smartphone to be able to run the game with maximum graphics. Ideal for testing the power of your cell phone.

One of the latest updates to the game includes a Spanish translation. It is worth taking a look. 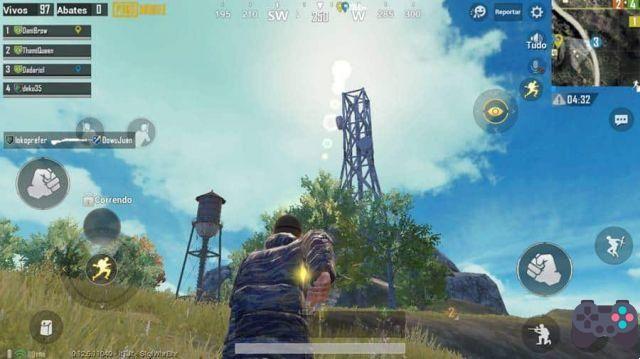 In the eighth position of our top, is PUBG Mobile. Tencent's game has only 1.6 GB of downloadable data. However, when downloading all the assets and maps, it is left with a massive 4GB of data.

PUBG Mobile is also a game that demands resources from your smartphone. It's not just heavy in size. It is necessary to have a recent intermediary or top of the line to avoid the dreaded “stunts” that usually happen during matches. 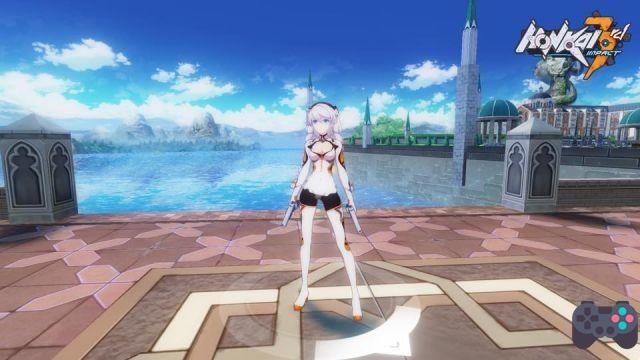 Honkai Impact 3rd arrived on Google Play BR in 2018. Even after so long, the game continues to be a challenge for those who have an entry-level smartphone.

After downloading all assets this game occupies 4.83 GB.

Anime girls with a beautiful look in a game with a lot of action.

For a long time it was thought that Honkai Impact 3rd used the Unreal Engine 4, but in reality, the game's graphics engine has always been Unity. 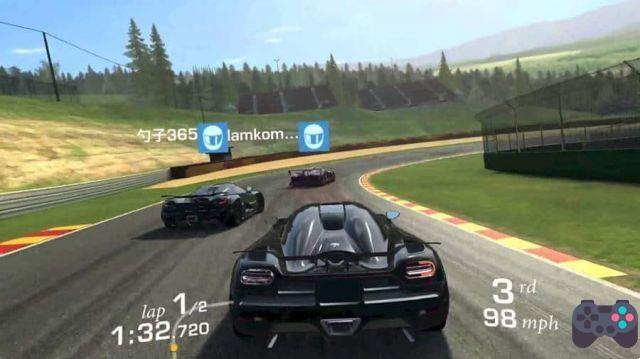 As I said before, if you've been playing a game for more than 2 years, it's definitely left a lot of unnecessary data on your phone.

There are people with Real Racing 3 installed where the game takes up to 10 GB.

But by deleting and downgrading everything in the game, he will have max 5.71 GB, almost 6 GB.

Released in 2013, Real Racing 3 is one of the most popular racing simulators on Android. The game is heavy, but at the same time it is very accessible. It runs well even on a weak smartphone. 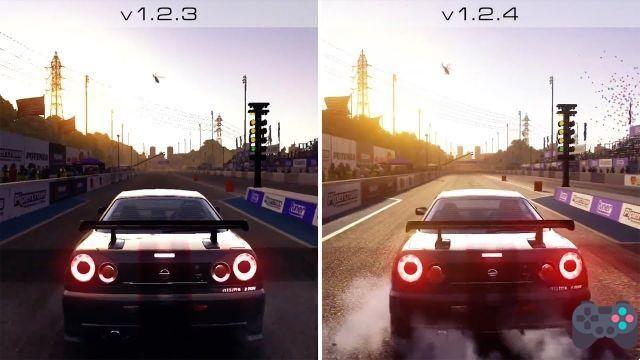 Beating RR3 in every aspect, including size, we have GRID Autosport.

The racing simulator is the direct conversion of a Playstation 3 and Xbox 360 game.

This conversion was first released on iOS in 2017 and after two years it arrived on Android, at the end of 2019.


Complete, dubbed and subtitled in Spanish. With more realistic physics than any other game in the genre, GRID Autosport has brought an unprecedented level of realism to mobile.

But all this graphic perfection comes at a cost. In addition to being paid, GRID is also heavy, very heavy.

The game is incompatible with any smartphone that is not a Snapdragon 660 or higher.

Right away it's 3.9 GB to download and then the game downloads even more data! In the end, he eats almost 6 GB of your beloved mobile's occupied space. But it's for a good cause, after all, GRID is amazing! 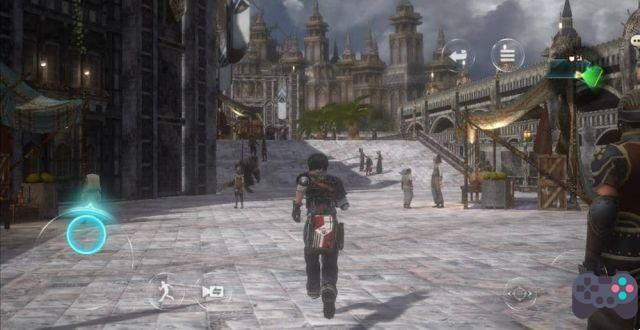 Originally released on Xbox 360 as a tentative partnership between Square Enix and Microsoft. The Last Remnant has also arrived on Android.

The game is an RPG with turn-based battles and a semi-open world.

Right on Google Play, it already informs you that you will have to download 4.2 GB

But Remnant is crammed with dialogue and cutscenes. As it is not possible to download everything at once, I believe it has a lot more than 6 GB.

In this game, the protagonist's sister is taken away by monsters. A strange power envelops him and he finds himself in the middle of a war between two kingdoms. 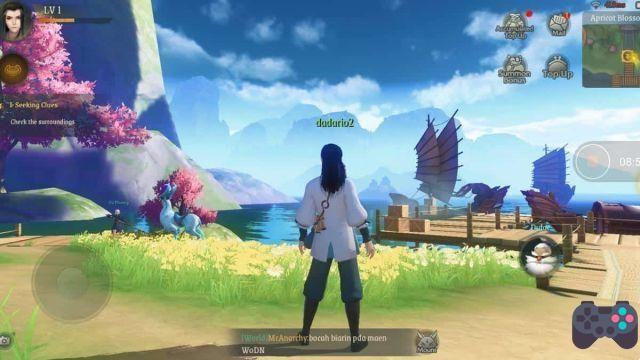 Now let's go to the top 3 of the heaviest Android games.

Phantom: Tang Dynasty is not yet released on Google Play, but this online RPG is available on Tap Tap and is one of the most downloaded games.

Techniques like Ambient Occlusion and Depth of Field are present in one of the most impressive mobile games I've seen in recent times.

You know what is most impressive about Phantom: Tang Dynasty? The size.

The game comes easily 7.7 GB. In the first beta of the game it was easy to go over 8 GB. But then the game gave a "thinned". That doesn't mean he won't get "chubby" again.

In Phantom, you are a spiritual detective. Despite the jaw-dropping graphics, the game doesn't offer as much action as space. Anyone looking for epic battles with a lot of blood and beating will be disappointed, the game's footprint is a little childish. 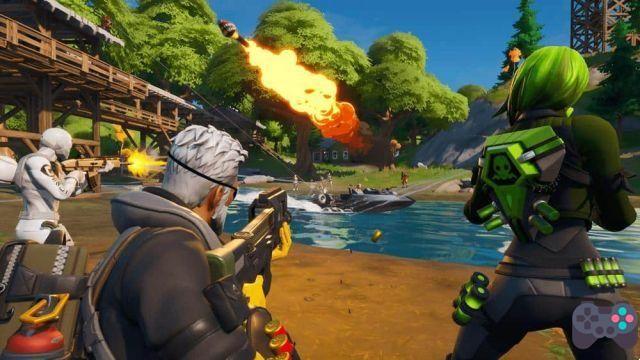 One of the most popular games today remains Fortnite. And on Android, it's one of the heaviest too.

There's a smartphone that thinks it's top, but it's terrified of Fortnite. The reason? Epic's game is very heavy.

You can reserve there about 10 GB of space on your cell phone.

Fortnite currently occupies 8.32 GB. And there is no prediction that the fever for this game will pass anytime soon. In other words, there will be a lot more content coming to this game soon. 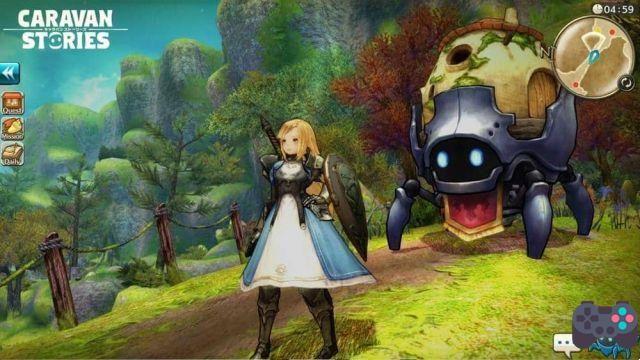 But the “ton” trophy, at least nowadays, goes to the game Caravan Stories.

Released only in Japan and nearby countries, this cute online RPG doesn't look like it, but it's a nightmare for anyone with little available storage space.

On a clean install (delete everything and reinstall), Caravan occupies 9.48 GB of space. But those who have been playing this since 2017, when the game was released on mobile phones, complain that it has already exceeded 10 GB.

Released simultaneously for Playstation 4 and Mobile, Caravan Stories is a cute journey through the kingdom of Lyarr. Despite being a free to play game, monetization is very light. There's a lot of dialogue and cutscenes and maybe that's what makes this RPG so great.

Of course, there will be many heavyweight games on Google Play, which will not only be heavy in size, but will also demand a lot from our beloved smartphones.

A big hug and until next time.