The year is already coming to an end, and that includes game releases for the gaming market. The question for users of iOS what remains is: what are the best games that passed on our screens in 2021?

To answer this question, we decided to bring you the 10 best iOS games in 2021, according to Metacritic.

First of all, for those unfamiliar with Metacritic, it is a site that gathers ratings and reviews from various specialized sites and users to form an average rating and classify the product. Among the types of products are music, movies and our focus, games. 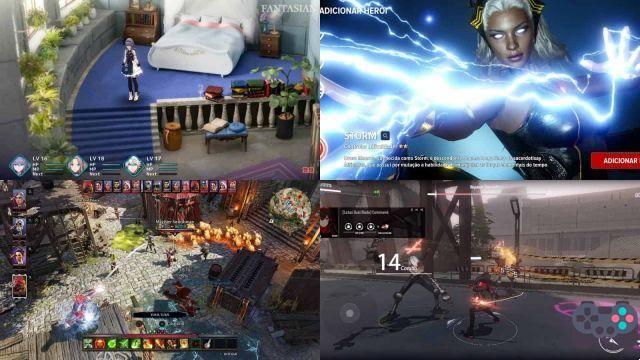 It is important to note that for a game to appear on Metacritic, at least 4 website reviews are required, and some games like League of Legends: Wild Rift, Pokémon Unite and other heavy releases will be left out for not having enough reviews.

Unfortunately, the site doesn't have a mobile games category in general or even Android games, so we'll owe those. Now without further ado, let's get to the list.

10. Doctor Who: The Lonely Assassins

Developed by Maze Theory, which developed several games based on Doctor Who, and Kaigan Games, which was responsible for the development of the successful mobile game, Simulacra, Doctor Who: The Lonely Assassins is the 10th iOS game with the highest average in 2021 .

The game follows the line in the universe of the sci-fi series Doctor Who and is about a phone mystery, like the SImulacra itself. The game on iOS arrived with a score of 75, but achieved higher averages on other platforms such as 81 on PC and 78 on Nintendo Switch.

World of Demons is a game developed by the very powerful Platinum Games, behind the Bayonetta trilogy, Astral Chain, NieR: Automata, Star Fox Zero, among other titles, and reached the top 10 highest rated on Metacritic.

The game is a hack 'n slash game with a visual style clearly inspired by ancient Japanese art, in addition to some elements from the land of the rising sun like the Yokai Tengu that appears briefly in the trailer.

In World of Demons we give life to Onimaru, a samurai who must exterminate the forces of evil and defeat Shuten Doji, lord of all the Oni.

Another game based on Japanese culture, Taiko No Tatsujin Pop Tap Beat is a rhythm game developed and published by Bandai Namco that arrived in April for iOS devices via Apple Arcade.

The big difference of this game is its graphic style drawn to the anime in addition to having songs known by otakus, with openings from Evangelion and One Piece, for example. Apart from the openings of Japanese animations, Taiko No Tatsujin Pop Tap Beat has classic songs, Bandai Namco originals, game songs, among others.

The game also has a version for Nintendo Switch consoles, where you can use Joy Cons to make beats.

It's a narrative adventure game where players find themselves in the midst of America's past in a game that brings American history to Apple devices. The Oregon Trail also has an educational nature, unfolding journeys with different characters.

The Oregon Trail is a Gameloft reboot for Apple Arcade, and was created with great care by the company, seeking out historians and excluding historical inaccuracies, according to NPR.

6. My Friend Pedro: Ripe for Revenge

My Friend Pedro: Ripe for Revenge is a spin-off of the 2019 game My Friend Pedro, and it brings an action and platform shooter game where we players have to seek revenge for our banana friend Pedro.

The game was published by Devolver Digital, a company known for publishing indie games. My Friend Pedro: Ripe for Revenge not only earned the top games on Metacritic, but also garnered an excellent rating from users, earning an average of 9,2/10 on the site.


The first open-world action RPG for mobile devices, Marvel Future Revolution is fifth on the list with the highest average on Metacritic. The game was developed by Netmarble, known in the mobile game market.

Marvel Future Revolution brings several characters from the Marvel universe to mobile devices. We had the opportunity to interview the game's directors, and you can check out the full story here.

Starting at fourth position with a nominee for the 2021 Golden Joystick Awards, Fantasian is a JRPG conceived by Final Fantasy creator Hironobu Sakaguchi himself. The game brings an original narrative in a kingdom ruled by machines.

Fantasian brings 3D gameplay with realistic graphics in a turn-based JRPG where players set out on a journey to rescue the memories of Leo, the protagonist we will bring to life. The game got an update called “Part 2” and you can check everything about the update here.

Entering our podium, we have another nominee for the Golden Joystick Awards 2021, this time with Clap Hanz Golf, a 3D golf simulator developed and published by Japanese Clap Hanz.

The game has 10 playable characters and fully 3D graphics. Clap Hanz Golf is running for the nomination of the best game of the year at the Golden Joystick Awards 2021. In addition to the golf simulator, the aforementioned Fantasian, League of Legends: Wild Rift, Cozy Grove, Overboard! and Alba: A Wildlife Adventure.

Punishing: Gray Raven is a Hack 'N Slash action RPG that was released in 2019 and arrived in the west this July. The game features anime-style visuals and features a scenario where humanity is on the brink of extinction thanks to the dominance of machines.

Another curious fact is that Punishing: Gray Raven has partnered with NieR: Automata, a great console game developed by Platinum Games, the same company behind World of Demons, which was mentioned above.

Moving on to our 2021 leader, we have Divinity: Original Sin II – Definitive Edition, which is not only the 2021 leader, but an all-year leader among iOS games featured on Metacritic. Considering that it's been more than a decade since games on the platform have been listed on the site, it's no small feat.

The game is a tactical RPG set in the medieval era, and make no mistake, Divinity: Original Sin II – Definitive Edition, didn't get a high rating just on iOS as it did on all other platforms, surpassing 90 average on all of them, which is extremely high for any game.

The 100 Best iPhone Games of All Time ❯