Tears of Themis is the new game from miHoYo, creators of Genshin Impact

Publisher and developer miHoYo introduced its newest game, Tears of Themis. Unlike action role-playing games like Genshin Impact and Honkai Impact 3rd, your new game is an investigation-heavy adventure. 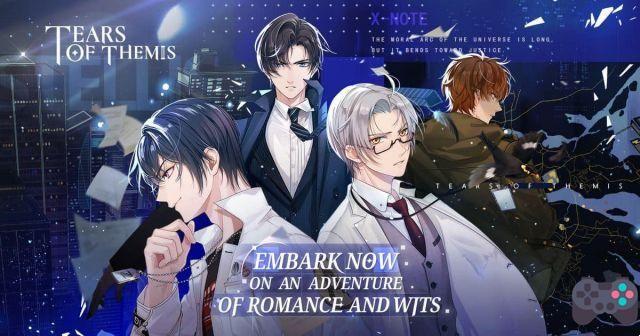 Tears of Themis is defined by the company as a detective and romance game that will be coming soon to Android and iOS.

The game is currently in pre-registration and already has an official website for collecting rewards.

Despite the style being "out of the curve" of what miHoYo usually brings, the game still respects the company's slogan, which is to make games for "otakus".

Fans of old-school games will soon make a comparison with CAPCOM's famous series of games, Phoenix Wright: Ace Attorney, but it seems that Tears of Themis has a bit of a "Dating Sim" (romance simulator).

Tears of Themis will have strong appeal to a female audience, as players will follow a story of a girl who, shall we say, has a predisposition to attract dangerous guys.

The game takes place in Stellis City and the protagonist finds herself involved in a series of mysterious crimes. You'll be able to uncover hidden details about each case by gathering physical evidence from the crime scene before interrogating suspects and inspecting objects you find. From there, you can examine the clues to uncover the truth.

Tears of Themis is coming soon to Android and iOS. I have no doubt that the game will arrive completely in Spanish.

For more information about the game, visit the official website.

add a comment of Tears of Themis is the new game from miHoYo, creators of Genshin Impact