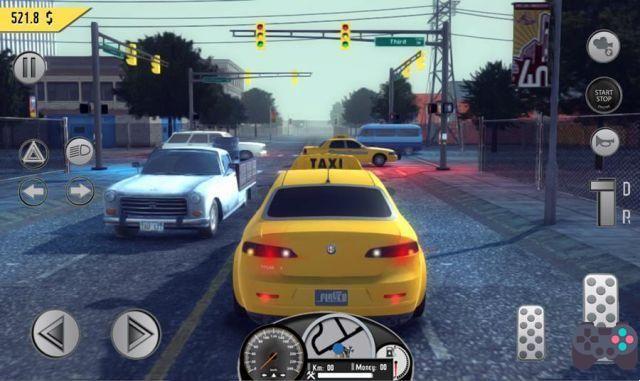 The driving simulator scene for Android just keeps getting better. Among excellent independent games, the launch of Taxi Driver 2017. In this free and OFFLINE game, the objective is to collect passengers and take them to their destination. The difference is that the player needs to drive perfectly. Otherwise, you don't earn the tip.

The game will adjust who thinks they have a powerful cell phone. The visual effects leave any phone with screen stuttering. So remember to set the graphics to the “fast” setting. After the scare, you will notice that the game runs very well in the “fast” setting, and still displays a good graphic quality.

Like any driving simulator, Taxi Driver 2017 has many buttons on the screen. Each of them refers to a function in the car. From the button to start the engine, the game features controls for gear, steering, accelerator, brake, horn, camera, headlight, arrows and etc. There are so many buttons that playing on a small screen is almost out of the question. 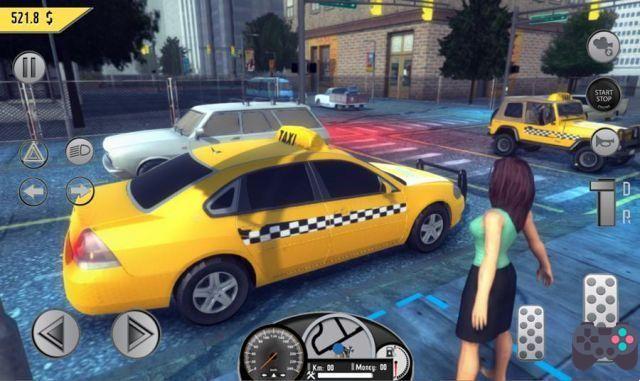 Commands respond well. The purpose of the game is that you respect traffic laws, and still manage to do races quickly, without keeping customers waiting.

Taxi Driver 2017 is practically a free version of another game from the same producer, Amazing Taxi Sim 1976. The game is almost the same, only the look of the cars and the city are more modern.

There is a driving simulator scene that has grown a lot on Android. With simple but very fun games. Taxi Driver 2017 follows the formula of the titles of the genre. The game has offline gameplay, lots of content to explore and cars to unlock. Although there are built-in purchases, the monetization system is quite generous.

Tears of Themis is the new game from miHoYo, creators of Genshin Impact ❯