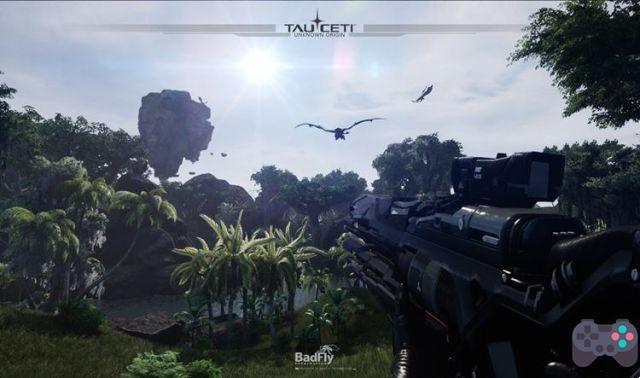 A Badfly games, the same developer of mobile games Dead Effect, Dead Effect 2, e PayDay Crime War, is creating a new franchise that will be released for Playstation 4, Xbox One, PC, VR systems and mobile. The game will be called Tauceti Unknow Origins. Badfly released the first teaser, and it's impressive.

– What are the minimum requirements to run Tauceti Unknow Origins on mobile?

But the question that remains is: will cell phones run at all this quality? The teaser clearly running on a computer features some mobile game stuff like some not-so-detailed monster models. However, the amount of lighting elements and effects can be impossible even for high-end cell phones.

Other release points mention solo or group campaign (Destiny raid style) for up to 8 players. PvE and PvP events and open world to explore, craft, upgrade and even build a base. RPG elements will be skill upgrades, weapons, tons of character upgrades and etc.

Will Tauceti Unknow Origins be a Crysis + Destiny for Android and iOS? And the main question: will the game run on our cell phones with all this graphics? Leave a comment!