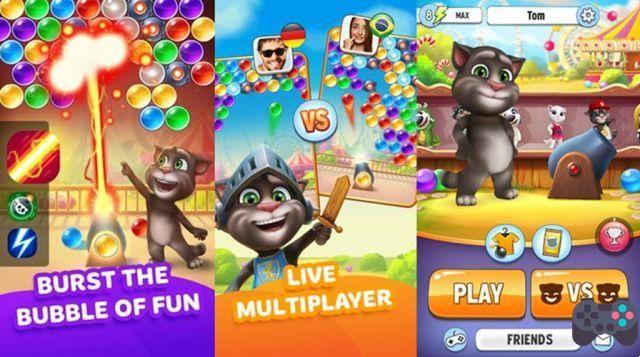 Talking Tom Bubble Shooter is a bubble popping game with characters from “Talking Tom” games. Popular among children, the new game has a casual proposal but with offline and online modes. In addition to playing alone against the game, it is also possible to challenge other players in fun online matches.

The game works like any other bubble matching game. Match three or more of them and finish the stage before your opponent. In campaign mode, we face other characters controlled by the game. This mode can be played completely offline.

By winning matches, the player unlocks stickers that are collected in an album. These stickers unlock power-ups that can be used in campaign mode and also in vs player mode.