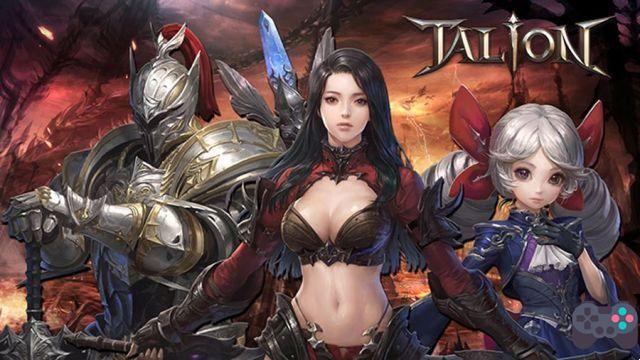 Talion is an MMORPG by Gamevil. The game was released in “soft launch” in Spain in May of last year. Now it's time for the global launch. Less in Latin America. It sounds like a joke, but Gamevil seems to have learned from Nexon.

The new MMO was first presented at the Global Game Developers Unity Unite 2016 Conference in Los Angeles. The game was developed by UTPlus studio and published by Gamevil.

However, Talion may have arrived a little late. When it was first introduced in 2016, the game seemed innovative. Today, an MMORPG in the “PC” standards is something quite common on cell phones.

The game's slogan is a "no compromise MMO", something that indicates a game more focused on fun. But we can expect some level of monetization.

Anyone can see that Gamevil is taking a lot of care and attention to the release of Talion.

It's been almost three years since the announcement. A full year since the beta test in Spain.

The company wants the game to become its new “flagship”. Royal Blood was a huge fiasco and the company learned from the release of that game.

So it will take a little longer for the game to reach Spain.

Despite being “zero innovation”, Talion has a very beautiful art style, stylized characters and a good story. As an RPG the game is worth the download. Because the cinematics and plot hook the player. But if the player is looking for a PvP to master, he may be disappointed with the monetization of the game.

add a comment of Talion Launches Globally for Android and iOS