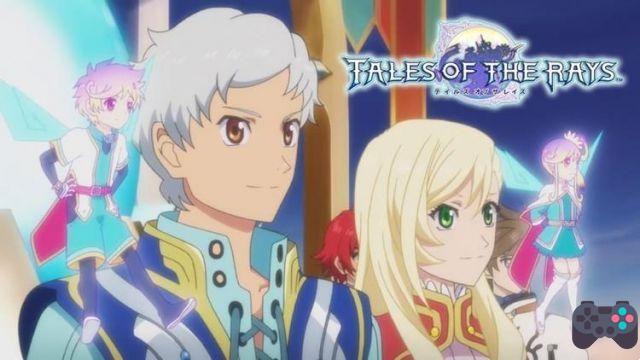 Tales of the Rays is the latest entry in the “Tales” franchise. would originate in Super Nintendo, the series went to smartphones and tablets. The Japanese version has already been released, but those who live on this side of the globe will also enjoy the game in English, which is coming soon with versions for Android and iOS.

The most exciting feature of Tales of the Rays is its character formation. The game is a gathering of classic characters from previous games. We will have Lloyd from Tales of Symphonia (SNES), Cress from Tales Phantasia (SNES), Yuri from Tales of Vesperia (Xbox 360), Luke from Tales of Abyss (Playstation 2) and many others.

Tales of the Rays focuses on franchise newcomers Ix and Cheena, who set out to save the world. You know, just like in every JRPG. Expect all sorts of cliché games from the genre like lush green fields, anime-looking characters, and enchanting music.

Certainly for a fan of the franchise, this is a hair-raising game, and it looks like it's being treated very well by Namco Bandai. Tales of the Rays will arrive in 2017 with English versions for Android and iOS.