Developed and published by Bandai Namco, Tales of Luminaria is the newest game in the “Tales of” series on mobile devices and has recently arrived, more specifically last Friday (05), on the App Store and Google Play. 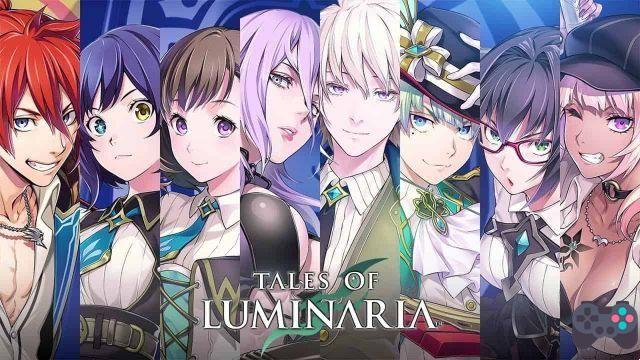 Tales of Luminaria is a gacha action RPG, completely free and clear, with optional in-game purchases available. It joins Bandai's mobile games catalog joining another game in the series, Tales of Crestoria.

The game has an anime look, and unlike some 3D action RPGs available for mobile devices, this one is played vertically, which may annoy some. In addition, Tales of Luminaria has 21 playable characters, each with their own way of seeing the world and their own personality.

These characters live in a world where life is surrounded by the power of Mana produced by Primal Beasts, but it is viewed differently by two entities, the Federation and the Empire. One thinks that we should coexist with nature and respect creatures, the other thinks of innovation and using them as a source of energy for technological advancement.

As for the gacha system present in Bandai's game, it is exclusively linked to improvements and equipment, rather than the characters themselves, which was seen as a positive point by some users, and a negative for others.

The game's rating is average on both Google Play and the App Store, yielding 3.5/5 stars and 3.2/5 stars respectively. The main criticisms revolve around the game being vertical, the gameplay and controls complex or even "bad", according to some users, in addition to the game's camera, which was well criticized.

JRPG Series “Tales of” Joins Another Eden in New Crossover

Tales of Crestoria: New RPG in the “Tales” Series Launches on Android and iOS

The high points raised by most players is the character design and graphics, in the anime style. Tales of Luminaria is available for free on both Android via Google Play and iOS via the App Store.