Bad Spider Thief is another one of those ultra-casual games whose main characteristic is to go viral quickly. And if there's a controversy, even better. 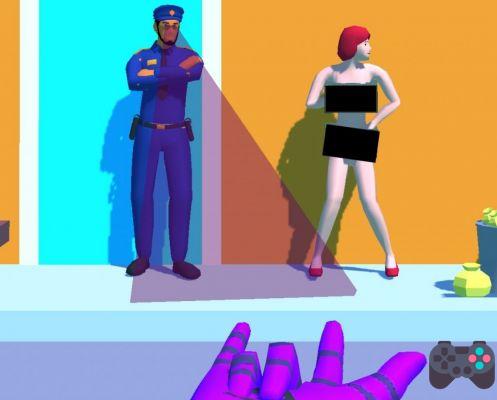 How is the game Bad Spider Thief

In the game, the player controls a "naughty" version of Spider-Man. Your main mission is to carry out robberies without getting caught by the police.

Bad Spider Thief is simple, just tap Spidey's hand and guide it to the objective of the level, but it has a small problem.

From the graphics to the level design, everything is poorly done and the game is full of in-app purchases.

The game itself is not very funny and the replay factor is tiny. The only funny thing is the controversy surrounding it, especially involving outraged mothers and fathers.

During some stages, it is possible to steal the clothes of characters, regardless of gender, whether they are male or female.

It didn't take long for parents to see kids playing the game and be outraged.

Bad Spider is available to play on Android and iOS, but the game doesn't even appear on the App Store's most downloaded games list.

The controversy arrived on Google Play in the form of thousands of negative reviews. In them, indignant mothers say that the game is not for children and that it should be placed as “for over 20s”.

Note: the indicative rating of the game is for people over 13 years old. There are no scenes of nudity or violence that justify the rating for over 18 years. It is worth remembering that there is no classification for people over 20 years old.

Don't let your kids have unlimited access to smartphones. It's wrong!

In the Google Play app, tap on the profile, go to settings and enable “Parental Controls”. Through it, it is possible to restrict the installation and access to applications and games.

Use Google Family Link to disable access to adult websites on smartphones and tablets used by children. See more with these tips here.