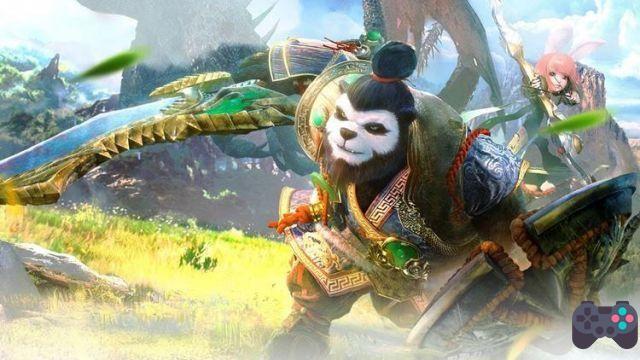 Taichi Panda 3: Dragon Hunter, one of the most anticipated MMORPGs of 2017 was released today (10) globally. The game, which is open world, is available for free to download on Android and iOS.

A direct sequel to other games by Taichi Panda, Dragon Hunter puts aside the similarities with short level games and goes into a vast open world with mounts and mechanics reminiscent of successful MMOs on PC like World of Warcraft.

Players who download the game now, as well as those who pre-registered, will receive an in-game purchase worth $80 USD.

The game's producer is Snail. For Taichi Panda 3: Dragon Hunter, it brought the same level of quality as other open world games. However, Taichi Panda 3 elevates the graphic refinement, bringing a much more beautiful look than the company's predecessor games.

The game has that familiar system that takes you straight to the quests. However, the most dangerous dungeons cannot be won on "automatic".

In the beginning, Taichi Panda 3: Dragon Hunter seems to be a fantastic game. The environments are alive with many monsters and characters from other players on the screen.

Taichi Panda 3: Dragon Hunter starts in the same way as the other Snail games. Connect to the server via a company account or just log in via Facebook or Google+. Choose from two factions: Lion Empire or Panda Alliance. Each group has its warriors such as Mages, healers, tanks, etc.

After choosing the character, the game drops you into a colorful world with a cartoon look and that is very reminiscent of World of Warcraft. The look of the game is perfectly adjustable and it is possible to calibrate the graphics according to your device.