Swamp Killers is a offline game developed by Arildo Assis as a course completion game for games. The game according to him, was posted on Google Play just for learning. But what we have here is literally a 2D Dark Souls. 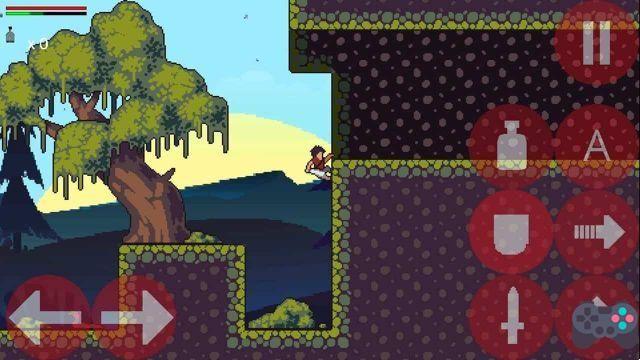 Although simple, in Swamp Killers are many Dark Souls archetypes with stamina and tough enemies. The game is short but shows a lot of potential.

The game's stamina system is especially punitive. The player needs to calculate his actions so that the character does not run out of energy to place. Even jumping and running takes a lot of stamina.

For the player, the first thing that will happen, for many players, is to run out of stamina and die on the first wolf. This sets the tone for the adventure.

Mangavania is a minimalist, offline platformer for Android

Swamp Killers is a demo. A very short offline game, with no ads and no in-app purchases. Even so, it still yields good fun and presents several concepts of good game design.