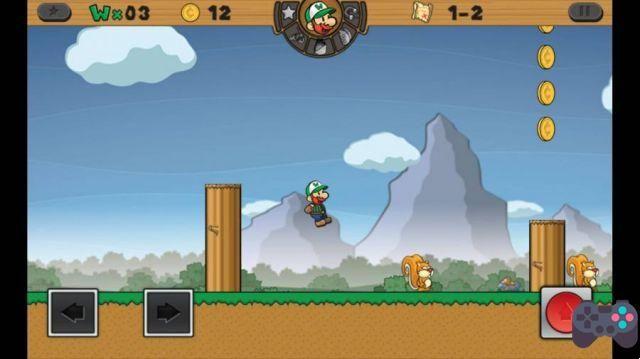 For those looking for a light game, similar to the classic Super Mario World, the tip is the nice Super Woody (Android). This game of few commands, has several stages and a lot of content to unlock. Colorful graphics and the irresistible satisfaction of walking to the right are the full plate for fun.

– How is the Super Woody game?

Super Woody is that typical fan-made game. Unpretentious and fun-focused, the game is completely free to play and has no in-app purchases. There are only ads that appear between stages. But only if you are connected to the internet. Super Woody does not require an internet connection.

The game starts with a small story. This Woody guy is a lumberjack. His brother is kidnapped by a dark mummy, and it's up to you to rescue him. The adventure starts simply, with easy stages.

Super Woody doesn't appeal to difficulty. The beginning of the game is quite easy, as your lumberjack starts with powers to throw fireballs at enemies.

The highlight of the game is the variety of mechanics. They spawn when catching dinosaurs (much like Yoshi). Each of them have unique abilities and will be extremely useful in the game's stages. Super Woody has stages of water, fire, etc. It is essential to have a good companion for every challenge.

Super Woody is a game that starts off silly, but plays out masterfully. The point out of the curve is precisely not to bother the player too much with ads. No need to comment on the lack of built-in purchases. Friendly and with valuable content, Super Woody is that type of game that is truly free, a rarity these days.