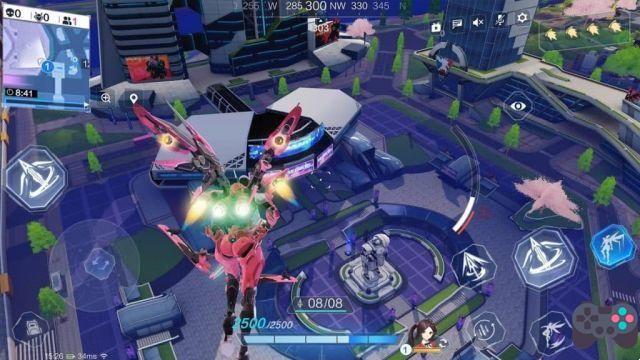 The wait is over! Super Mecha Champions, the most innovative Battle Royale, and most anime, today, is available for download on Google Play and App Store.

A game that subverts the genre and transforms itself into a “Free Fire with robots and anime”. Control warriors and their mechs in one-on-99 or dual-mode battles.

Super Mecha Champions is a game with spectacular graphics. See the trailer.


– What are the differences from Super Mecha Champions?

Super Mecha Champions surprises in many ways. Starting with the look. The graphic is impressive! Demonstrating that NetEase wants to raise the level of play and make those who are fans of Free Fire blush with envy.

The Mechas are another differentiator. They completely change the dynamics of matches. Each robot has unique abilities and weapons. Some can fly, others use shields, guided missiles and so on.

The anime look, the frenetic gameplay and the mechas are the big differentials of Super Mecha Champions. A very different game.

Super Mecha Champions renews the Battle Royale sub-genre by adding new mechanics and gameplay. Without giving up a ravishing look.

Super Monster League: RPG for Android has amazing graphics and is all in Spanish ❯