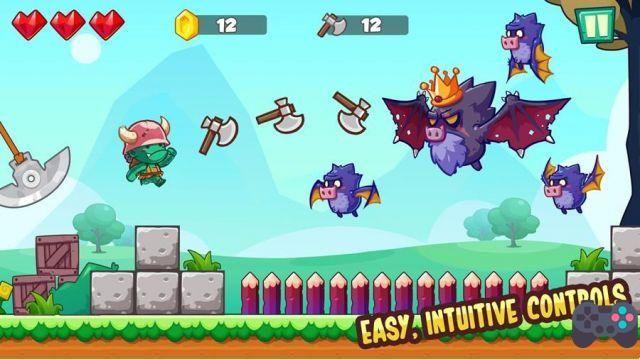 Jungle adventures it's a game for Android e iOS that draws attention for two things: to be completely OFFLINE and have gameplay in the style Super Mario World. It's that old platform jumping, punching bricks and jumping over enemies. But who gets tired of it?

Free to download and play, Jungle Adventures doesn't hide its inspiration from Super Mario Bros. The game has several mechanics similar to the Nintendo classic. Jump on enemies to defeat them or use a button that throws hatchets. You can jump over question mark bricks to collect items and unlock new powers.

The look is colorful and very well done. Jungle Adventures is not a silly clone designed to trick the player. The game has more than 80 stages, 30 different bosses, and varied scenarios.