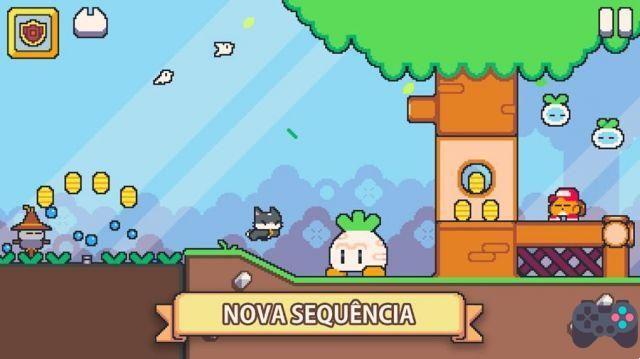 One of the cutest games of 2018 has just arrived on Android and iOS. In Super Cat Tales 2, the player fights alongside kittens who intend to defeat a robotic villain. The game is now available on Google Play and App Store and is completely offline.

It looks like a 90's game plot, and this game's footprint is just like that. Inspired by classics from the past, such as Super Mario World and Sonic, Super Cat Tales 2 bets on simple controls and progressive challenge.

There are about 100 levels in which we have to collect different kittens to be able to move forward. The cats that we find as the story unfolds have different mechanics. Some are stronger and can neutralize enemies, others can climb higher.

In addition to the mechanic changes in each kitten, the game has an item store where you can buy consumables. Super Cat Tales 2 is very generous in this aspect and allows you to purchase items with in-game virtual money or when viewing ads.

The game is very similar to the first. A platform game that seems silly, but that improves a lot in the second half of the stages. The new version was released without FDG's partnership, so don't be surprised not to find the game in the related ones. Super Cat Tales 2 has more focus on the story, which even justifies its reason for existing.