Sunken Century is a mobile game that is in early access on Android. when mixing Battle Royale with elements from other action and crafting games, the game makes a curious mix with pirates, wizards, medieval and Spartan warriors. 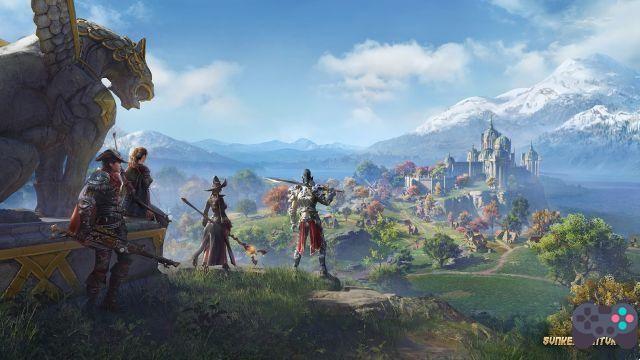 The game takes place in a multiverse (check it out) that mixes several eras. The idea that seems to be just a reason for tons of skins turns out to be something very curious when adding various types of weapons and mechanics.

Despite seeming already saturated, Sunken Century brings interesting ideas. Weapons are very different from what we are used to in games of this genre. In BRs, it is common for the producers to just make up the weapons with a futuristic appearance and which are actually just variations of SMG, Rifles and so on.

In Kingame's game, however, weapons are swords, bows, crossbows, magic wands, and even ship cannons. There are also rifles, but these are not automatic and need to be reloaded frequently.

Cyber ​​Space is a new Battle Royale for Android and iOS

Another interesting concept of the game is its open map. It is divided into several islands and the player can go out by boat exploring the region. Navigation leads to battles with ships in the style of “Assassin's Creed Black Flag”.

Sunken Century is from Kinggame Studio. The company is known for mixing styles and launching games with unusual proposals. In July, the producer released Bullet Angel, a “CS GO” in which there is a dance mechanic to heal the character.

For now, Sunken Century is not available on Google Play in Spain, there is no global release forecast, but you can download the APK and play without any problems.

*When downloading the APK in XAPK format, you will need to have the APK Pure app to install.