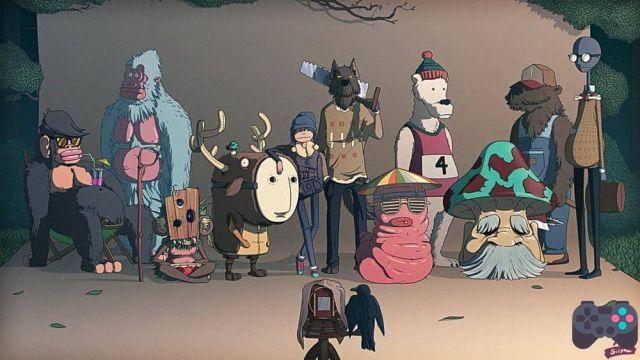 Summer catchers is an adventure game, with 2D gameplay, developed by FaceIT and published by Noodlecake Studios. The game was released for PC (Steam) in July 2019, and this month it arrived on Android and iOS.

In a dark forest, a girl sleeps in the middle of the snow (?). A “shop” sign indicates the direction to go. A shop with a werewolf (?). The girl reports that she has just woken up and realized that she has never seen a summer. The bear then tells her to head south, where things are warmer. So he gives her a wooden car.

With this bizarre plot, Summer Catchers hides its gameplay. A runner that doesn't look like a runner. This game will remind you of free running games to the right, but it takes the concept a little more seriously. There are Adventure and RPG elements. Also, everything is done in a unique way, and that's good and bad at the same time.

As this is a paid game, there will be no ads or in-app purchases, you will have to rely on your own skill to finally see the summer.

When playing with the touch screen, the game is even more difficult. With a Bluetooth controller, things are a little easier.

Summer Catchers has a brilliant soundtrack, composed by Geek Pilot Soundworks. THE soundtrack is on Spotify.

Produced with a very “indie” style, Summer Catchers mainly appeals to fans of “different” games. Anyone who just wants a hobby may not be pleased with the difficulty. Those who expected something more for R$ 15,99, may be disappointed.