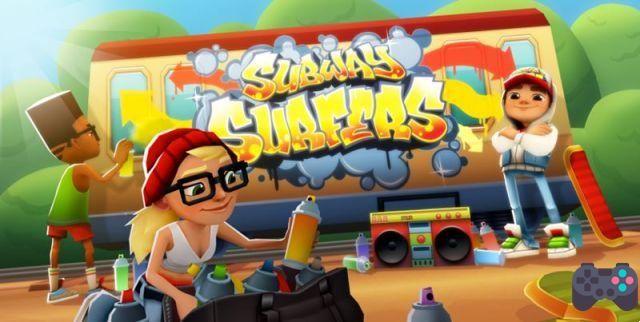 Killo and SYBO Games' Subway Surfers, a classic of the modern era of mobile gaming, became the first game to pass the one billion download mark on Google Play alone.

Originally released in 2012 on Android, to the surprise of many, the game had its best year in 2017 with over 400 million downloads. It was the most downloaded game worldwide last year.

The racing game is one of the forerunners of the genre that has become very popular on cell phones. The character needs to dodge obstacles and collect coins at a frantic pace. One of the highlights of Subway Surfers is the updates that add new content. Altogether there are 79 different destinations.

“We are thrilled to be the biggest game in the world on the Google Play platform,” said Kiloo CEO Jacob Møller.

“Exceeding 1 billion downloads is a historic achievement. In this case, the story was written by a talented team of developers and a fantastic collaboration between SYBO and Kiloo. ”

“Continued growth of the game and the brand is our focus and we are excited about future releases and the animated shorts being released later this year. Players will have even more content to consume.”

Subway Surfers gets an update with Rio de Janeiro and Carnaval ❯