Submerged comes to iPhone and iPad with high requirements 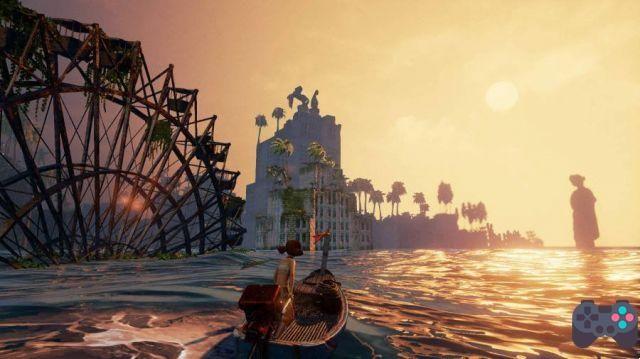 Produced by Uppercut games, the same producer of Epoch 2, Submerged is a game that was released first for consoles (PS4 and Xbox One) and PC. The game arrived today on the App Store requiring at least iPhone 6, iPad mini 4, iPad Air 2 and higher devices. In its mobile version, the game received a surname, and is now called: Submerged: Miku and the Sunken City. The name has gone up, but the price has gone down, it's just US$ 4,99 dollars, to carry the game in your pocket.

Submerged is a third-person action game with a focus on exploration and deciphering mysteries. Crossing a flooded city, a girl named Miku must help her injured brother. The player needs to climb buildings and use a telescope to scour the city for supplies and resources to save his brother.

Very touching and simple, Submerged received mixed reviews, some loved it, others hated it. The game came to next-gen consoles at a time when people were thirsty for news, and maybe that's why it didn't please. On PC, the reception was more positive, as the game was seen as it should, as a small indie title, and not as a AAA game, as the big game sites evaluated it.

There is still no release date for Android, but the game will certainly require powerful hardware. See that, in the iOS version, they left out even the first generation iPad Air.

Despite the demands (the game left iPhone 5S and even iPad Air out), it's possible to see that the mobile version didn't even come close to the graphic quality of consoles and PC. There are several performance issues, Unreal Engine 4 effects that turn off by themselves in the middle of the game, buildings disappearing… it's chaos! And that's playing on the most powerful iDevices like the iPhone 6S and iPad Air 2. Anyone who expected to be impressed may be disappointed if they buy the game now.

See the gameplay below, where the game runs on the iPhone 6S and draw your conclusions (For those who don't know, mirroring the iOS screen to record gameplay requires practically nothing from the device).