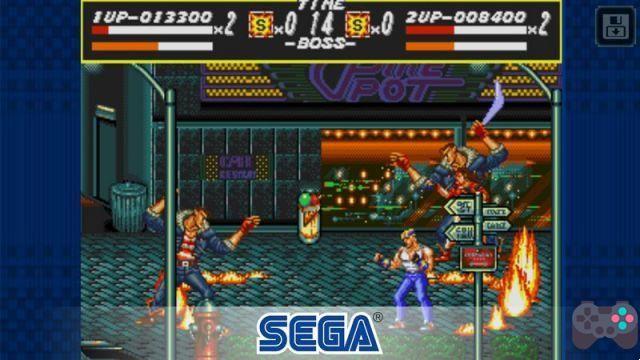 Streets of Rage Classic is the free version of the classic Mega Drive game. The game arrived on Android and iOS with a very interesting feature: local multiplayer via Wi-Fi. Originally released in 1991, the game is yet another masterpiece coming through the SEGA Forever initiative.

Choose from three teenage ex-cops… Sound confused? so screw the logic. Just go out there and beat up the bandit. The game has several scenarios with bosses in each of them. Streets of Rage is a staple of action games.

– Street of Rage is classic brawling on your mobile

Streets of Rage is one of the unforgettable Mega Drive classics. One of the best beat'n up games of all time. Brilliant music by Yuzo Koshiro and fantastic gameplay. A great game to pick up and beat on mobile.

This mobile version stands out for its local Wi-Fi multiplayer system. This system allows players who have Android and iOS to play and a fun coop to try to beat the game.

Like all other SEGA Forever games, Street of Rage is free to download and play until the end. However, the game requires an internet connection to display ads. To play offline, the player can pay the modest amount of R$ 6,49. A modest price for a game of this quality.

Game Link on iPhone and iPad

Stumble Guys: The Best Clone of Fall Guys for Android (with multiplayer and SA server) ❯