Streets of Rage 4 is released for Android and iOS

The game is now available on Google and Apple app stores Streets of Rage 4. A continuation of the legendary “Street Brawl”, the game features classic characters such as Axl, Blaze and Adam, while debuting new fighters. Streets of Rage 4 is paid and offline. 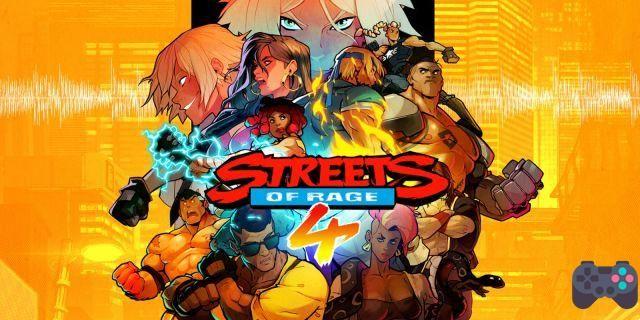 In this seamless conversion of the console game, the Playdigius in partnership with studios Guard Crush Games e Lizardcube bring a very fun and well adapted game for cell phones.

Streets of Rage 4 was originally released for consoles in 2020 and received DLC in 2021. The mobile version already arrives with all the content of the console version.

One genre that is definitely lacking in cellphones is the Beat'em up. There are few games of this style that don't appeal to rampant and irritating monetization.

Fortunately, Streets of Rage 4 is a paid game, with no over-the-top purchases (there's only one DLC to buy) and no need to be constantly online. The game can even be “zeroed” offline.

All 16-bit glory revamped for a modern game with beautiful art and an addictive soundtrack.

The beating commands were very well translated to the touchscreen. But if you want to play with a controller, you can do that too, as with all Playdigious games, there are Full support for Bluetooth and USB controls.

Is it worth downloading?

Streets of Rage 4 is certainly the best release of the month of May by far. An excellent Beat'em up that follows the mantra “easy to play, hard to master”. There are modes for all types of players and lovers of a good challenge will sweat to unlock all the game's achievements.

Streets of Rage 4 Mobile will come with the “Mr X. Nightmare” expansion at launch ❯