Strategy game Total War: Medieval II is in pre-registration on Android and iOS

Great news for mobile game fans who enjoy viewing PC game ports on their mobile. Total War: Medieval II will be released for Android  on April 7. The game is pre-registered on Google Play and App Store. 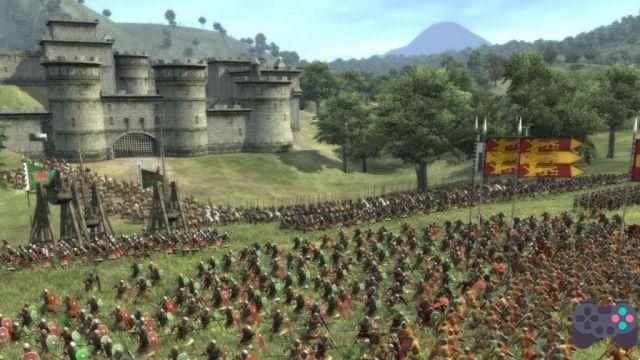 After the release of the spectacular Alien: Isolation, Feral Interactive is ready for another. This time it's Total War: MEDIEVAL II, a PC game that was released in 2006.

A direct sequel to the first game, which is also available on the mobile platform, Total War: MEDIEVAL II will follow Feral's formula of premium, offline games.

Feral Interactive and Creative Assembly have announced that Total War: MEDIEVAL II will launch for iOS and Android on Thursday, April 7th. This new game combines the massive real-time battles of Total War with turn-based strategy. All of this has been optimized for mobile devices with a new, more intuitive user interface and more refined touch controls.

This new title is set on three continents during the Middle Ages: Europe, North Africa and the Middle East). As the great kingdoms of the medieval world vie for supremacy, you'll have to destabilize your rivals and forge alliances to rise to power.

Through diplomacy or conquest, trade or subterfuge, you must secure the resources and loyalty needed to rule an empire that stretches from the shores of Western Europe to the sands of Arabia.

Like the rest of the titles in the series, 'Total War: MEDIEVAL II' offers a mix of real-time and turn-based battles, with content spanning Europe, Africa and the Middle East during the Middle Ages. The game is paid. In the App Store, the price is R$ 84,90, but it can be cheaper on Android.

add a comment of Strategy game Total War: Medieval II is in pre-registration on Android and iOS