Star Wars Rebels: Recon Missions comes to smartphones, but it's a paid game 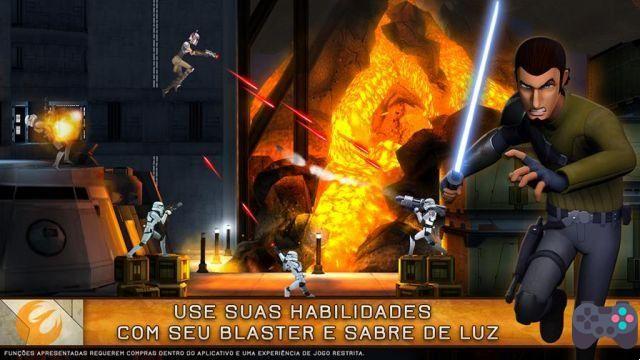 With all the hype about the upcoming Star Wars movie coming this December, one game you should definitely check out is Star Wars Rebels: Recon Missions. the game for Android, iOS e Windows Phone is based on an animation that premiered in October last year and is called Star Wars Rebels. In Spain, the animation airs on the Disney XD channel.

Star Wars Rebels: Recon Missions is a platform game with a shot that at various times will remind you of Metroid. The game mixes simple 2D shooting sessions with boss battles, where you can use lightsabers and much more. There's even a boss in the game that's a Tie Fighter!

The amount of content to download is impressive, on Android it's 1,2GB, while on other systems it's something around 500MB. The game does not require an internet connection.

The commands are simple, on the right side are the directional buttons and on the left side the action buttons. There are only four free phases. To play the rest you have to pay. In all the game has more than 30 stages. 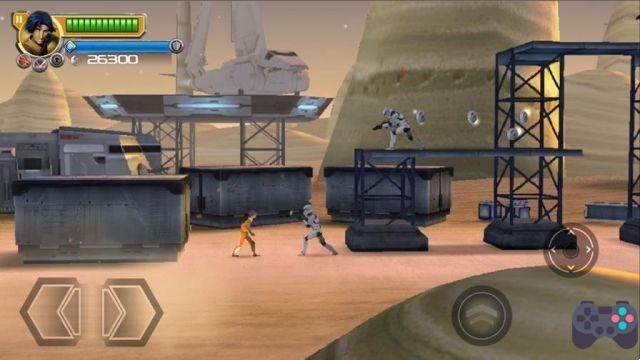 Star Wars Rebels: Recon Missions is reminiscent of old games like Prince of Persia and Metroid. The gameplay is quite simple and the stages are short. The game draws attention for its immersion in the Star Wars world, but buying new levels could be a little cheaper, at the time of writing, to unlock all levels, you need to pay $4,99.

add a comment of Star Wars Rebels: Recon Missions comes to smartphones, but it's a paid game