The game that emerged between the partnership of Zynga and LucasFilms, Star Wars: Hunters, officially went into soft-launch last Saturday (20), that is, it was released in early access in some selected regions. Players from India, Malaysia, Indonesia and the Philippines can now download the game through Google Play. 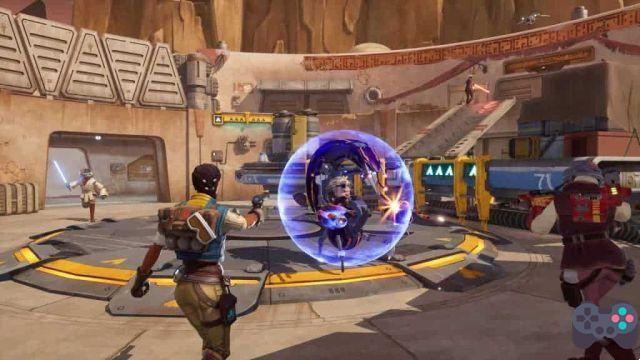 For those who don't know, Star Wars: Hunters is the newest free game in the franchise that arrives globally in 2022 for Nintendo Switch, Android and iOS and will be published by Zynga. The game already has a page on Google Play, but no news on iOS, and it seems that the game was only released in the aforementioned regions for Android devices.

The Pocket Gamer website found a way for players who do not live in these regions to access the game through the well-known “APK method”. To test the game ahead of time, just install the Tap Tap app store, download the Star War: Hunters APK, use any VPN app and use it in a region where the launch is already available (India, Malaysia, Indonesia or Philippines) and finally play the game.

Like Pocket Gamer, we at Mobile Gamer do not encourage you to install the APK, for various reasons such as lack of support, foreign languages, problems with the game or your account. We bring the methods for information purposes and we do not support this type of method, we recommend you to wait for the official release of the game for better and worry-free gameplay.

Star Wars: Hunters is the newest game in the Star Wars franchise that was born from the partnership between the giant Zynga and LucasFilms. Star Wars: Hunter is a multiplayer game focused on team battles where we play with new characters from the franchise, from bounty hunters to imperial stormtroopers.

Aimed at PvP and competitive, in the game we face several opponents in a third-person view using weapons and the famous lightsabers. Star Wars: Hunters arrives in 2022 for Android, iOS and Nintendo Switch.