Star Wars: Galaxy of Heroes is available for Android and iOS 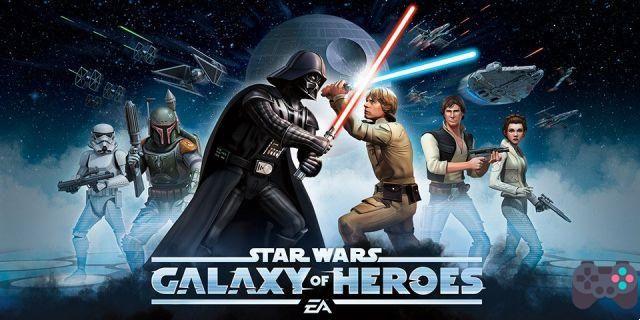 May the force be with you! Star Wars: Galaxy of Heroes is now available for download on Google Play and the App Store. The game is an RPG focused on character collection and turn-based combat. For this release, EA Mobile has prepared a game with good graphics, but it may disappoint that it expected a deeper game in the franchise.

Star Wars: Galaxy of Heroes begins with a championship between characters from the saga. But it's not a real fighting tournament. Everything takes place on hologram tables and the player can face multiple tables with different challenges. The visuals are the highlight, with very beautiful 3D graphics. Virtually every character in the film franchise appears.

The gameplay is in turns, that is, you have to order each movement of each element of your team. The player can choose the “Auto” button to have the characters duel automatically. It's something ideal for the simplest fights.

In addition to Luke, Dath Vader and company, it is possible to choose themed versions such as Han Solo dressed as a Stormtrooper, or even Anakin Skywalker still young.

To avoid spoilers, the game doesn't bring any characters from the new movie, "The Force Awakens", but you can get an update with them as soon as the new movie hits theaters at the end of the year.

Free to download and play, and all in Spanish, Star Wars: Galaxy of Heroes is the typical casual game that piggybacks on the movie's success. It is on the level just below “The Rebellion” (Android and iOS) which at least has a more interesting story, and a few galaxies away from the exceptional Star Wars: KOTOR. Anyway, Galaxy of Heroes is one created just to enjoy the hype of the movie and pass the time.

add a comment of Star Wars: Galaxy of Heroes is available for Android and iOS