A Square Enix just announced Kingdom Hearts Missing-Link, new game for Android and iOS of the franchise that unites the company's characters with those of Disney. The game will start beta testing in 2022. 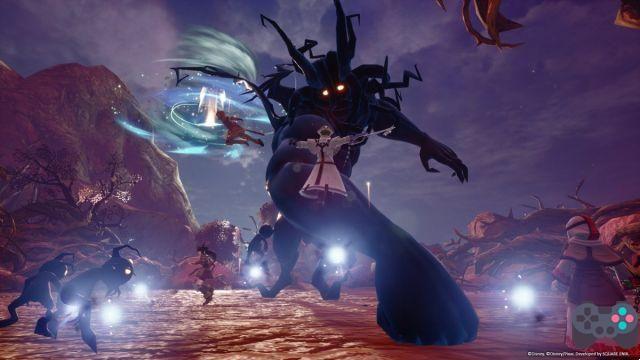 The game will feature 3D graphics and combat similar to the first Kingdom Hearts games.

Check out the trailer below:

Kingdom Hearts Missing-Link allows players to embark on adventures from the realm of Scala ad Caelum to the real world. Players will be able to engage in exciting battles against the Heartless and discover a new and original story.

"We're excited to celebrate the series' 20th anniversary with the announcement of two new Kingdom Hearts titles," Kingdom Hearts series brand manager Ichiro Hazama said in a press release. "We'd like to thank the fans for all their support over the years, and we can't wait for them to experience all that's to come for Sora."

In addition to Missing-Link, the company announced that the final chapter of the iOS and Android game Kingdom Hearts: Dark Road will be released in August 2022 as a free update to Kingdom Hearts Union χ Dark Road.