The year 2022 has started in full swing for NFT gaming. In a statement, Square Enix CEO Yosuke Matsuda said the company is ready to jump headfirst into this new form of “shared” monetization of games.

The statement made in an open letter to investors and players made it clear that the CEO is attentive to the market and that new topics such as NFT and the metaverse will be incorporated into existing games if there is public interest. 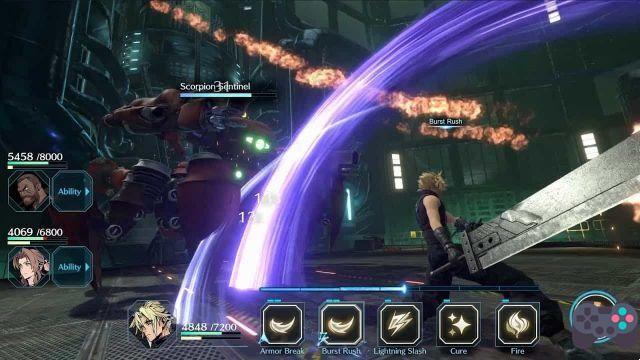 According to the CEO, NFT and metaverse games were a hot topic in 2021 and the testing they did with mobile game content proved to be a “proof of concept”.

“Lastly are blockchain games. Whether single-player or online games, games have traditionally involved a one-way flow where creators like us provide a game to the consumers who play them. In contrast, blockchain games, which have emerged from their infancy and are now entering a growth phase, are built on the premise of a token economy and therefore have the potential to enable the game to grow self-sustaining. The factor that most enables this self-sustaining growth of games is diversity, both in the way people engage with interactive content, such as games, and in their motivations for doing so. Advances in token economies are likely to add further impetus to this diversification trend. I see the concept of “playing to win” that people are so excited about as a prime example of this. "

“Failed” game tokens sold out in a short time

For those who don't know, the company marketed NFTs stickers of Million Arthur, a failed 2018 card-game that ended its activities in 2020, through the LINE Blockchain Service network.

Yes, a mobile game that went bankrupt in 2020 showed Square that interest in NFTs is huge. If for a game that was closed, the company managed to obtain a large revenue from the sales of NFTs, what would happen if this was applied to other games?

Despite the euphoria and excitement about the NFT market, many believe that the company is actually getting involved with topics such as NFT, metaverse, etc. to make investors excited.

Studies and cases show that console and PC players have great resistance to the topic. Ubisoft's recent failure to sell NFTs made that very clear.


In his speech, the CEO made it clear that he is aware of market “flops”: “keep an eye on social changes in this space, listening to the different groups of users that inhabit it“.

Everything indicates that the market where Square Enix will want to put NFTs will be on mobile.

And you, what do you think? I left a comment.