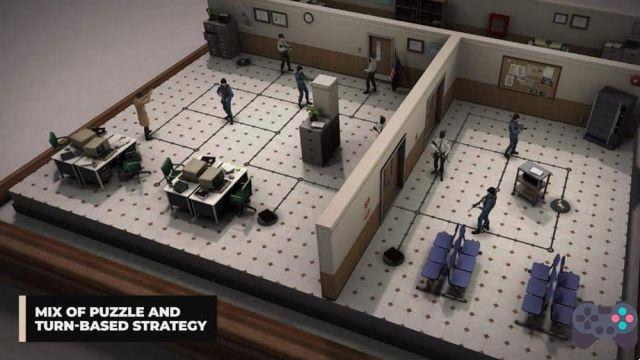 Spy Tactics is a game that comes to revitalize “GO” games (Like Lara Croft GO). In this turn-based style of play, the characters move, as yours moves. Use your wits to eliminate targets without being seen.

The game has more than 40 stages with a lot of challenge. The learning curve is light and helps to face the missions without feeling “stuck”.

In this type of game, you move your character and the others move too. Be careful because each action generates a reaction from the enemies.

Avoid getting caught from the sides or from the front, as your character will be eliminated. Kill all enemies or go to exit to complete each level.

Spy Tactics was developed practically by a single person, and even so, it doesn't fall short in relation to paid games from large companies.

Spy Tactics is free to download and try. The game was already released on PC in July, but comes to Android and iOS in “free to start” format. After a few stages you have to pay. The price of the game is only R$ 4.79 on Android and R$ 3,90 on iOS.