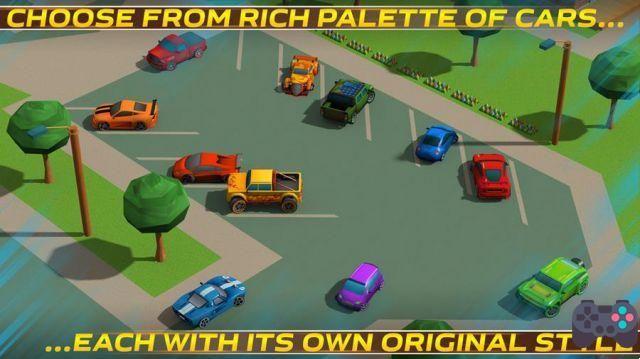 Splash Cars it's a game for Android e iOS, where the cars don't give off smoke, but paint to color the scenery around them. Play alone or with friends in a game that takes the Splatoon scheme (Nintendo Wii) and mixes it with Rocket League, giving rise to one of the most different games on the mobile platform.

Car controls are easy and all the player has to worry about is coloring the scenery. The game has two main modes, one to play alone, which is even offline, and another to have fun in multiplayer matches.

The highlight of Splash Cars is the online multiplayer mode. In it, two types of two players are selected. The objective is to paint the scenario as much as possible and prevent the opposing team from doing so. Enemy cars will discolor the scenery painted by your car. Thus, you need to collect power-ups and fuel to always stay ahead. 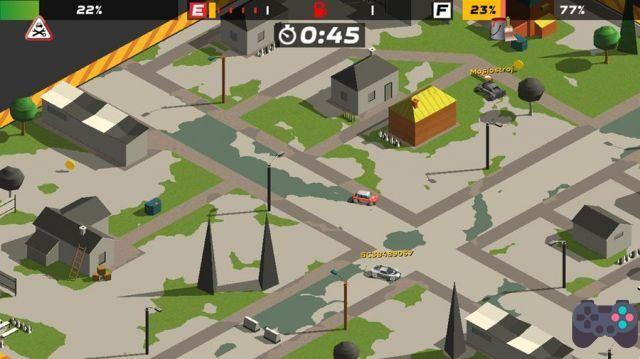 Splash Cars is a fun and casual game. Its online mode could be better explored and turned into something really interesting. But as it stands, the idea is already very good. Who knows, in the near future, the producer will not create rooms where up to 10 cars can face each other in giant scenarios. It would be nice.