Sparklite: “The Legend of Zelda”-style game comes to Android and iOS

Some time ago, we reported that a port of Sparklite, a game originally released in 2019 for PC and consoles, would be coming to mobile devices. And last Tuesday (09), the game was finally released for Android and iOS. 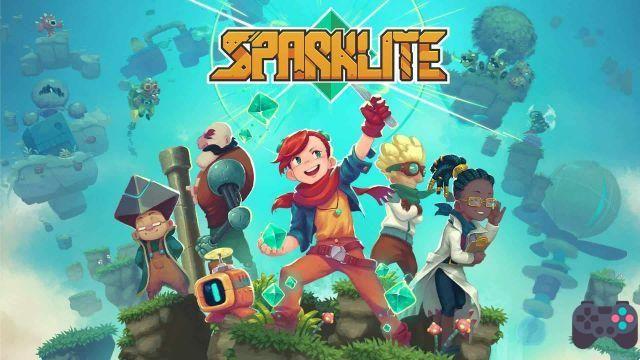 Sparklite is a roguelike action-adventure game where we players explore the ever-changing colorful land of Geodia. The game was ported by Playdigious, who ported nothing less than Dead Cells, as well as being behind Northgard and Evoland.

The company has brought Sparklite with some optimizations for mobile devices, among them are: revamped interface, achievements, cloud saves and no in-app purchases.

Other interesting features to mention is that the game has a lot of weapons and equipment for solving puzzles and fighting enemies. We also have a friendship system, which allows you to help and meet the NPCs present in the game.

Sparklite is very reminiscent of some games from The Legend of Zelda franchise, especially Game Boy Advance titles like The Legend of Zelda: The Minish Cap. This similarity is certainly linked to the pixel art graphics, in addition to the combat style and enemies.

The only big difference is that in Sparklite we have elements of the roguelike genre and procedurally generated levels, unlike Nintendo games.

The roguelike arrived on the right foot on both platforms, earning ratings above 4 stars. Many players commented that they missed PT-BR, and it really makes a difference in games that have a narrative adventure, in addition to the relationship with NPCs, which is almost impossible to maintain in an unknown language.

It is worth remembering that this is a premium game costing R$27,90 on the App Store and with a free trial until the first Titan for Android devices on Google Play. If you want to unlock the full journey, the game on Android costs R$19,99 (for a limited time), according to the game's page on Google Play.

SpellBreak: director comments on the possibility of the game on Android and iOS ❯

add a comment of Sparklite: “The Legend of Zelda”-style game comes to Android and iOS